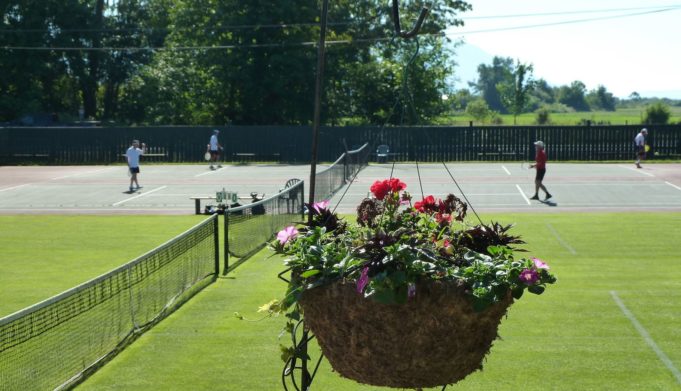 Vancouver Island British Columbia. With social memberships as priced very reasonably, deeply discounted international memberships and a bucolic Vancouver Island location, the South Cowichan Lawn Tennis Club  draws people from near and far, as much for its historic value as its picturesque grass courts. Close to the quaint seaside village of Cowichan Bay, you’ll find the lush courts of the club. Tennis has been played here since 1887 and it has a very rich history as one of the oldest lawn tennis clubs in the world, and the oldest club in Canada still playing on grass. 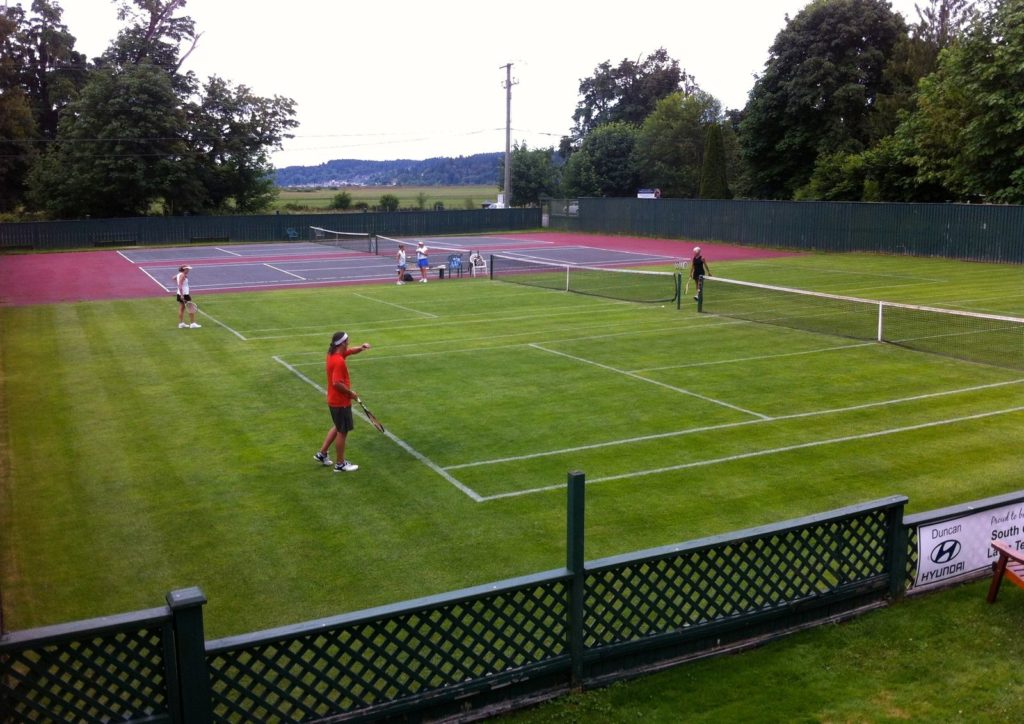 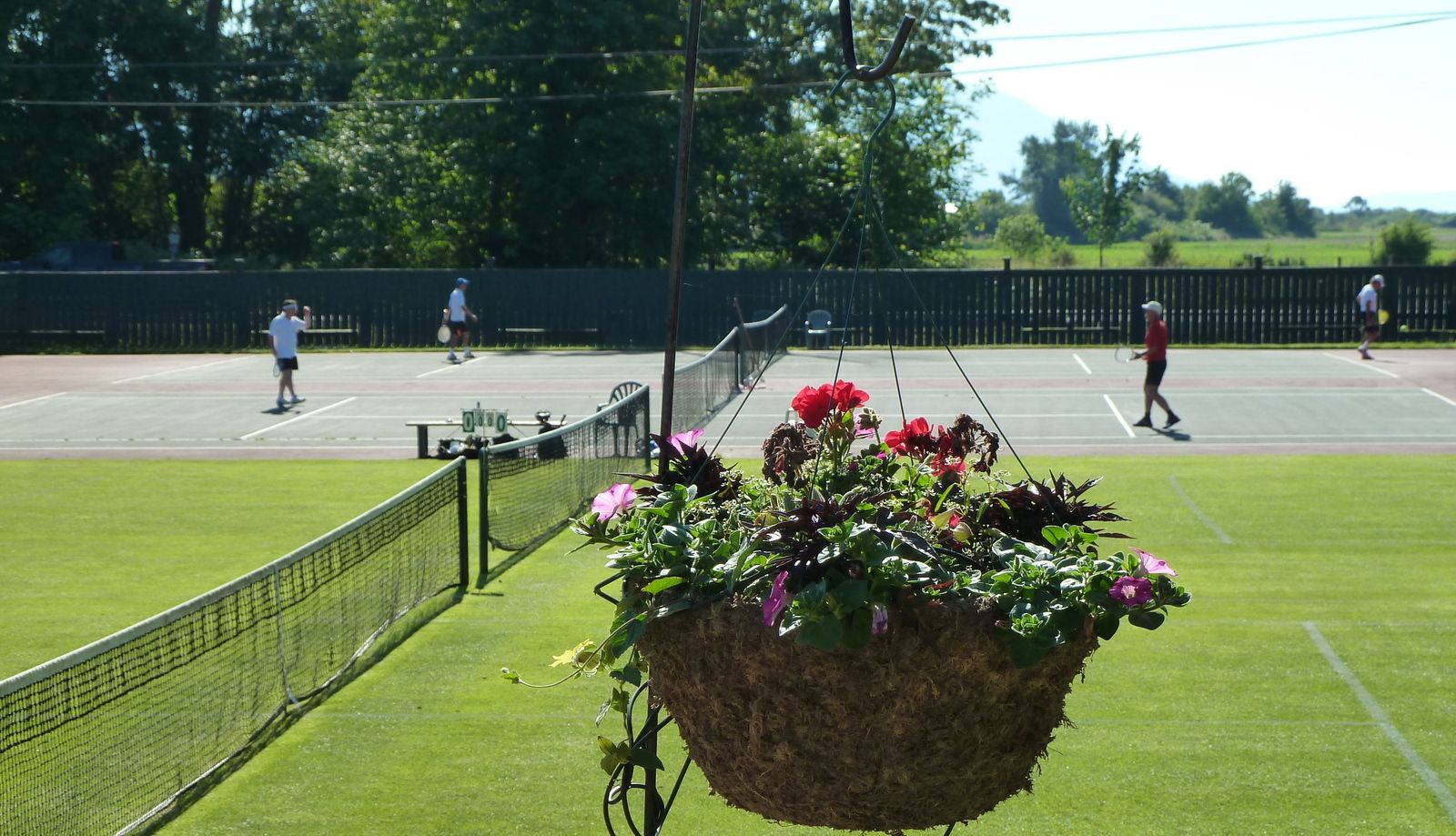 Throughout the many decades its existence, the SCLTC has had many notable members. One such regular, Robert Service, known as ‘the bard of the Yukon’ is said to have found inspiration by the verdant surroundings of the club. World-famous for his ballads of the North, he arrived in Canada in 1896. He worked his way west and ended up labouring for a year as a farmhand in nearby Chemainus. He returned to the area in 1899 after a stint of hoboing through the American SW and was hired as the store clerk at Corfield’s General Store on the bank of the Koksilah River. He was an active tennis playing member of the club and a popular fixture at Mrs. Corfield’s Saturday tennis teas there, which were rumoured to feature more than just tea. In “Lyrics of a Lowbrow”, Service wrote a three verse poem called “Fallen Leaves”. Conjecture is that he was referring to one of the mammoth maples that stand sentinel in the grounds of the tennis club. 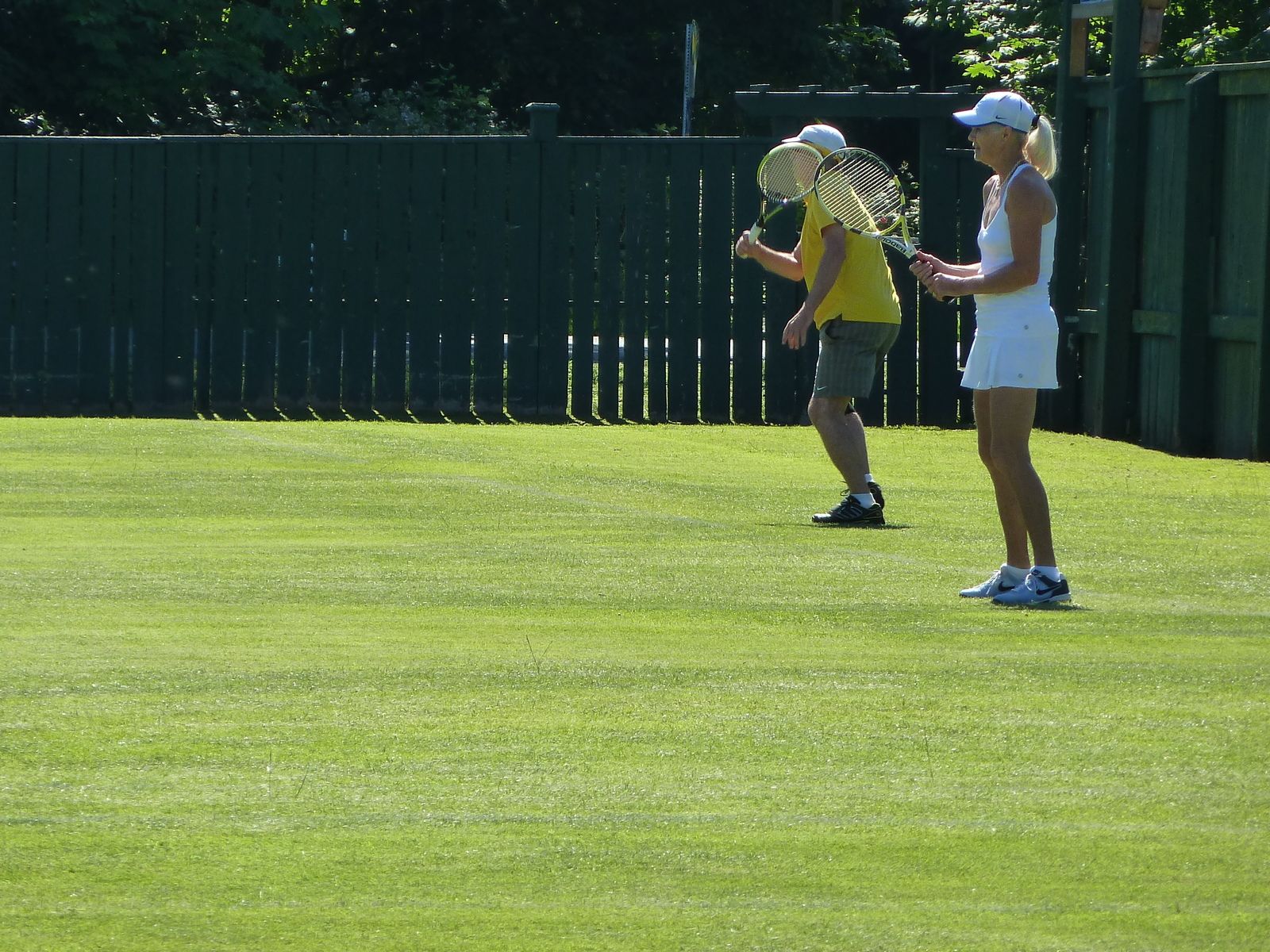 Today the club has nine courts, seven grass, two hard. Their season goes from May until mid-September.  There is a clubhouse with a large lounge area and a member only bar, TV and Wifi, a fully equipped kitchen, mens and ladies washrooms and shower/changing facilities. 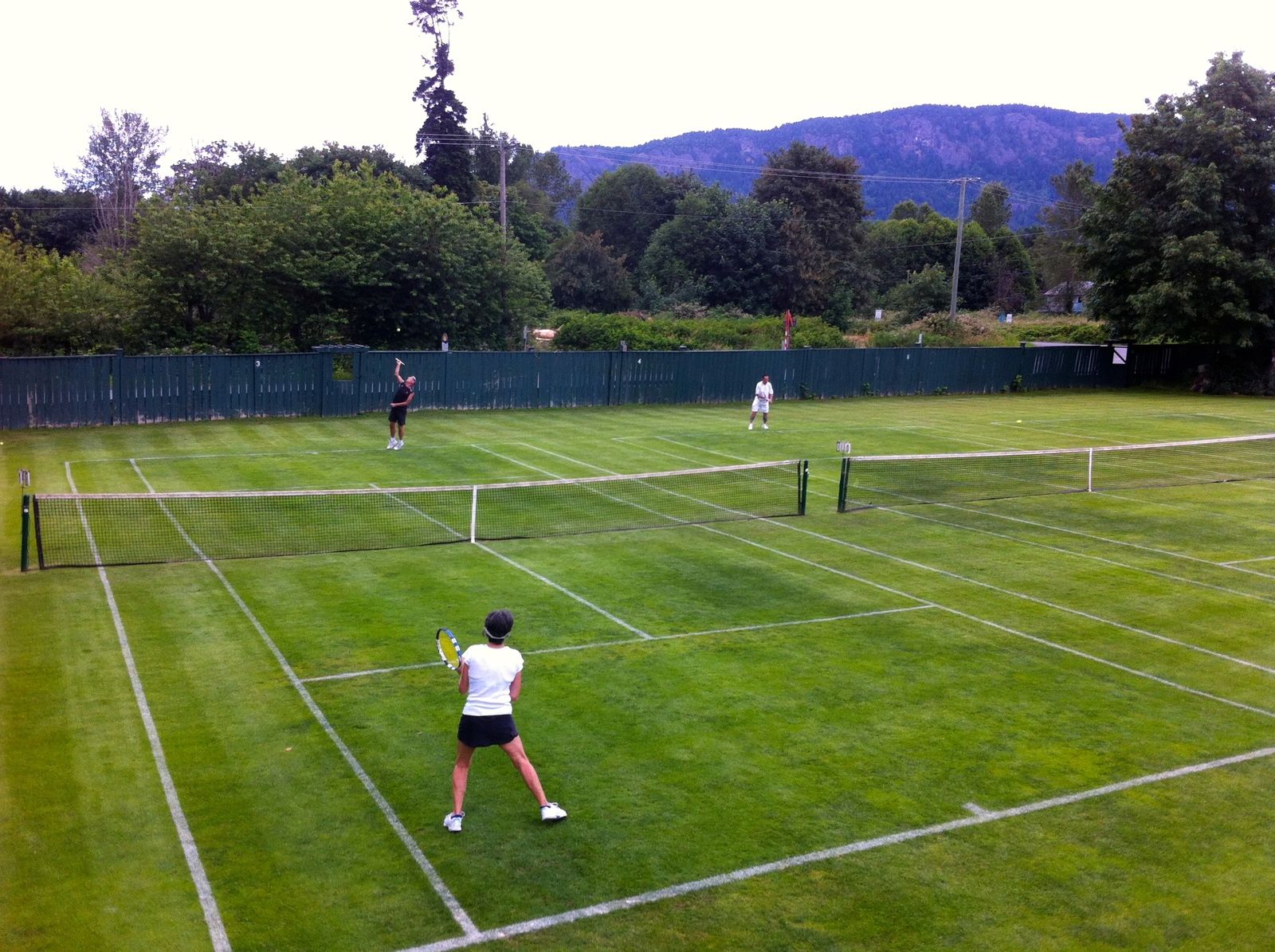 There is a veranda overlooking the courts with a view out to Cowichan Bay and the mountains of Saltspring Island beyond. The clubhouse is surrounded by mature trees and gardens.  The club is entirely run by volunteers, and has survived, often narrowly, world wars, floods, economic hard times and many other challenges.  It is open to the public to drop in for reasonable rates and also offers clinics, tournaments and a free learn-to-play program for juniors.  South Cowichan Lawn Tennis Club hosts several tournaments each year that bring competitors from around the world.

What To Do After Playing at South Cowichan Lawn Tennis Club

Cowichan Bay, a charming waterfront village, is just down the road.  Shops, restaurants and pubs line the towns picturesque bayfront setting.  It’s a popular place for an afternoon stroll.  The Estuary Nature Center at the north end offers education and viewing opportunities about the delicate estuary eco-system of Cowichan Bay.  Beachcombing in the estuary, you’re likely to find crabs and other sea critters, and it’s not uncommon to see sea lions and other larger sealife.

Where to Stay near South Cowichan Lawn Tennis Club

A lovely all suite hotel that overlooks scenic Cowichan Bay. Magnificent views of the bay and estuary from the rooms and common areas, and a great place to stroll and take in the sights and delights of this very funky little waterside village. 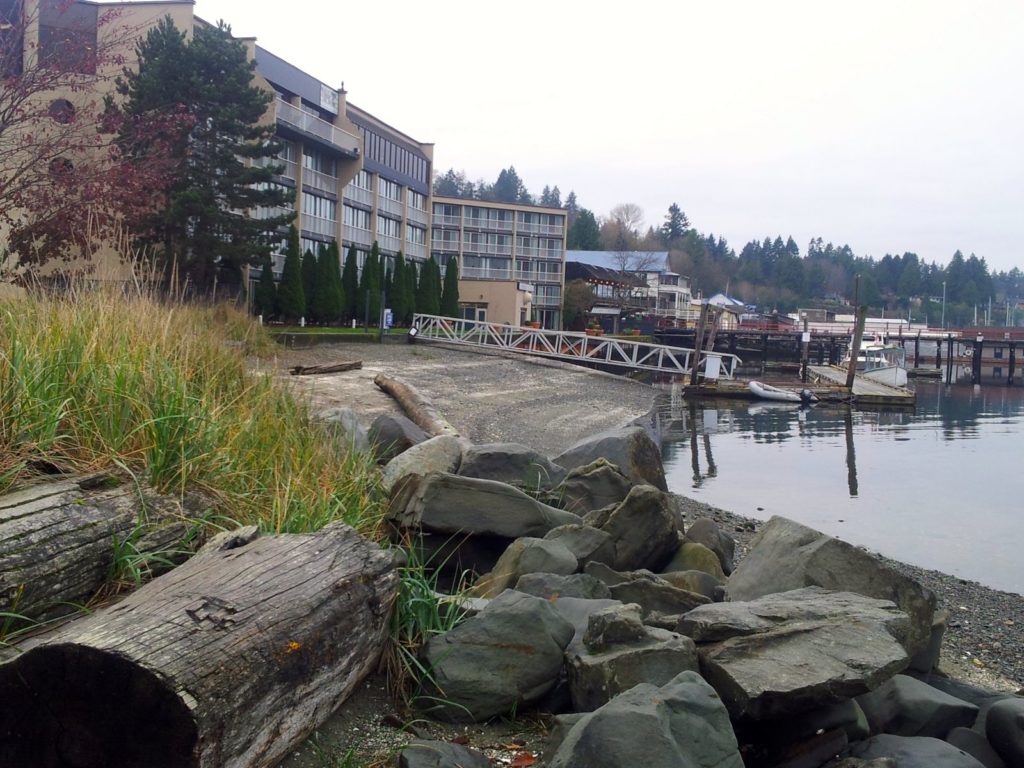 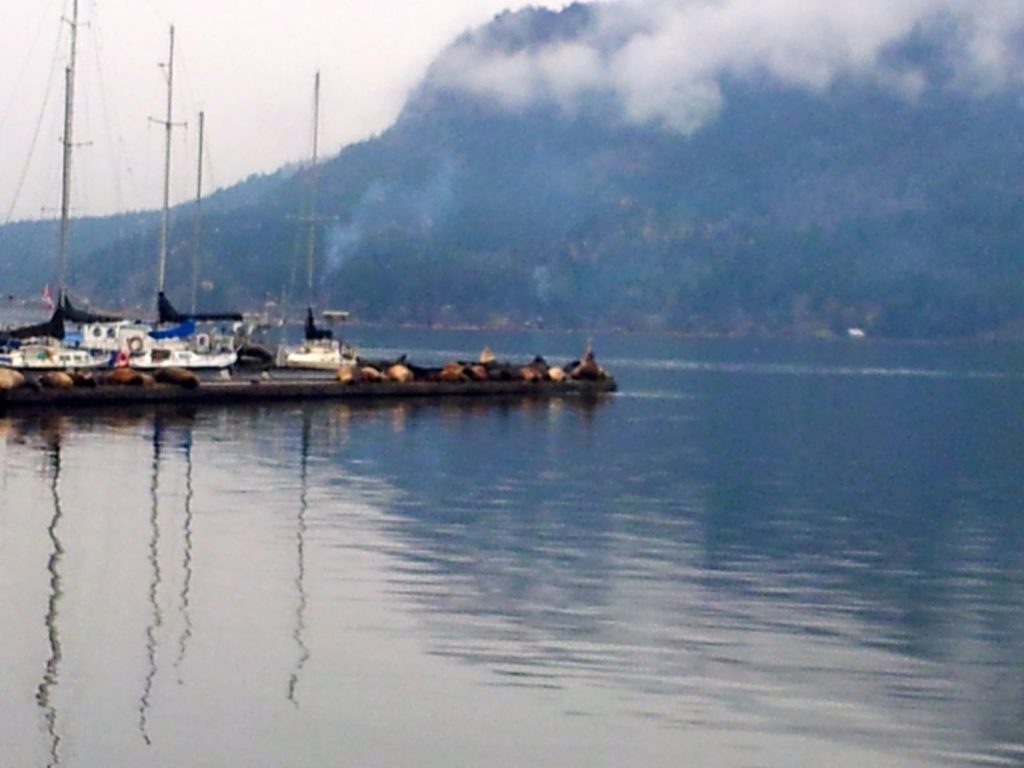