The court is adjacent to a lovely pool and terraced garden and surrounded by trees. A lovely and calming location not far from the activity of the Ancient City.

We looked down on the hotel’s tennis court which was ours to use when ever it was available. The owner and his friends play there on a regular basis but other than that it was ours to use.

A Game of Tennis Before and After Seeing Hoi An 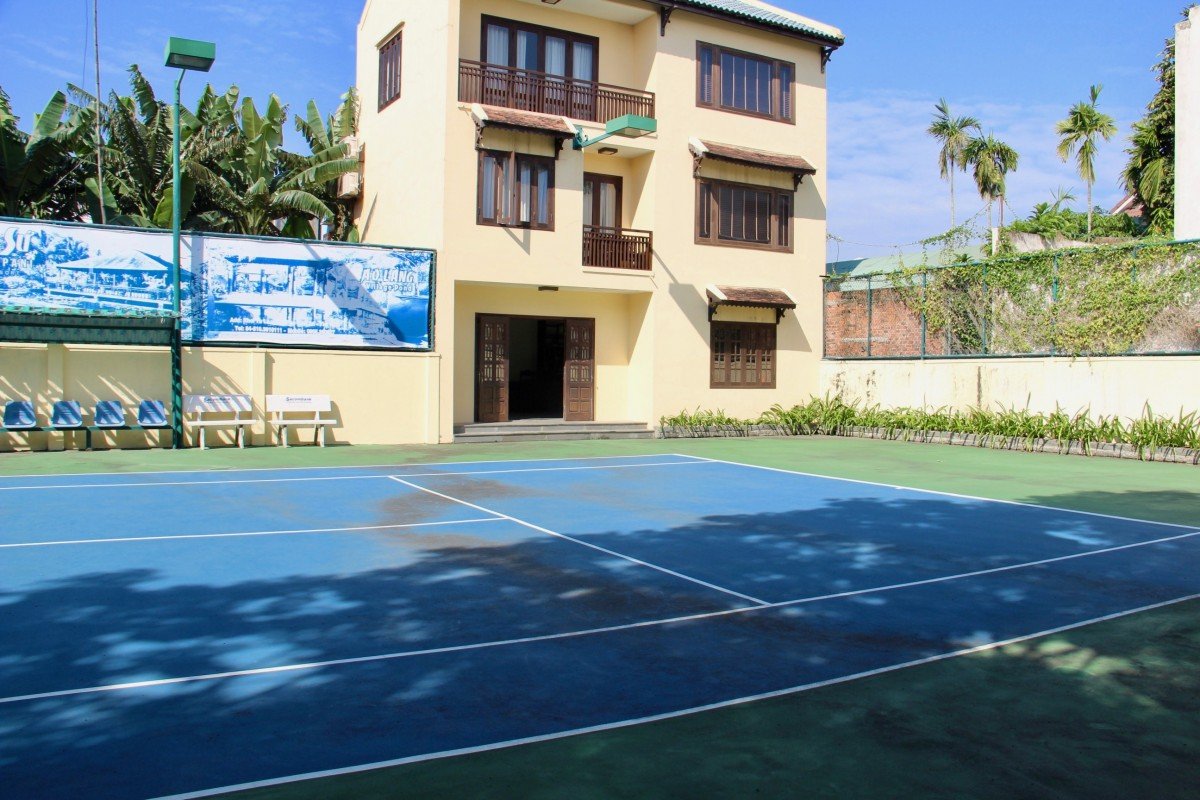 Great to have tennis just a stroll away from the historic city center. The hotel has a tranquil setting with a pool and terrace that is a welcoming place to come home to after a day of exploring one of Vietnam’s most visited places.

The hotel has lovely gardens, a small pool and a charming terrace. It makes for a very tranquil getaway from the business of Hoi An’s popular Ancient Town. 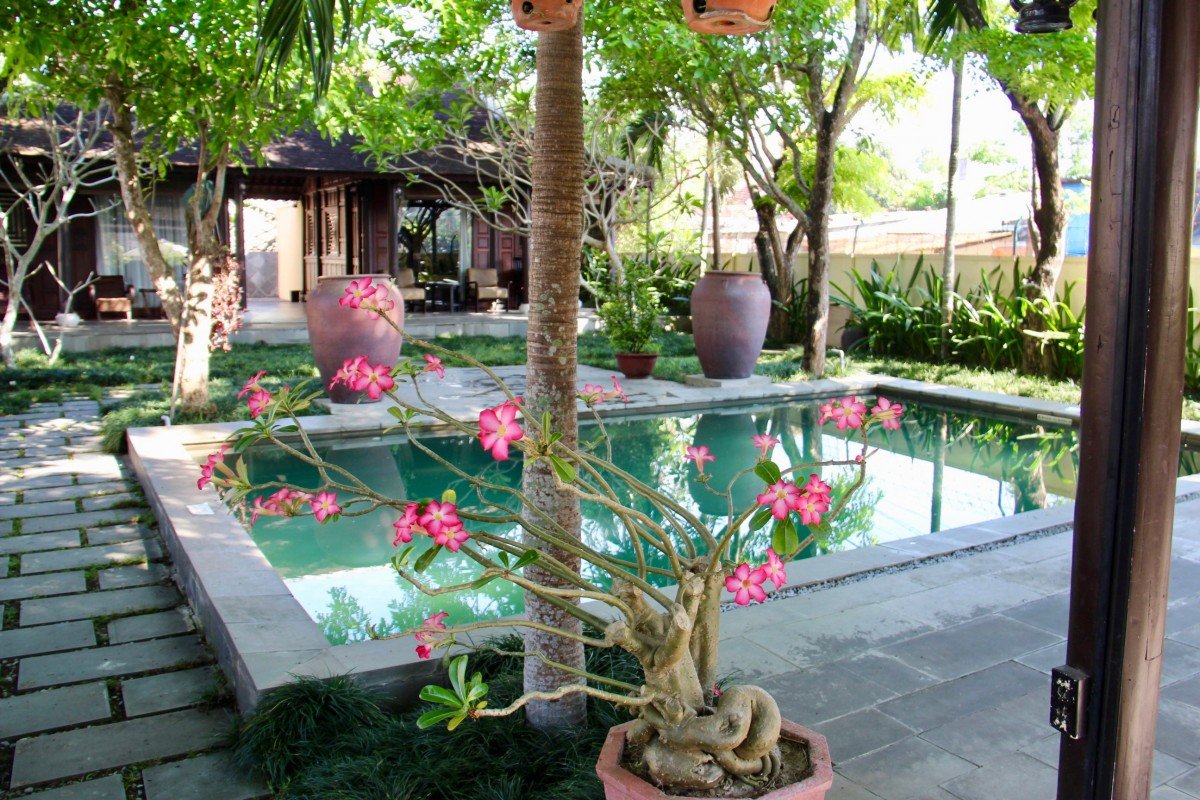 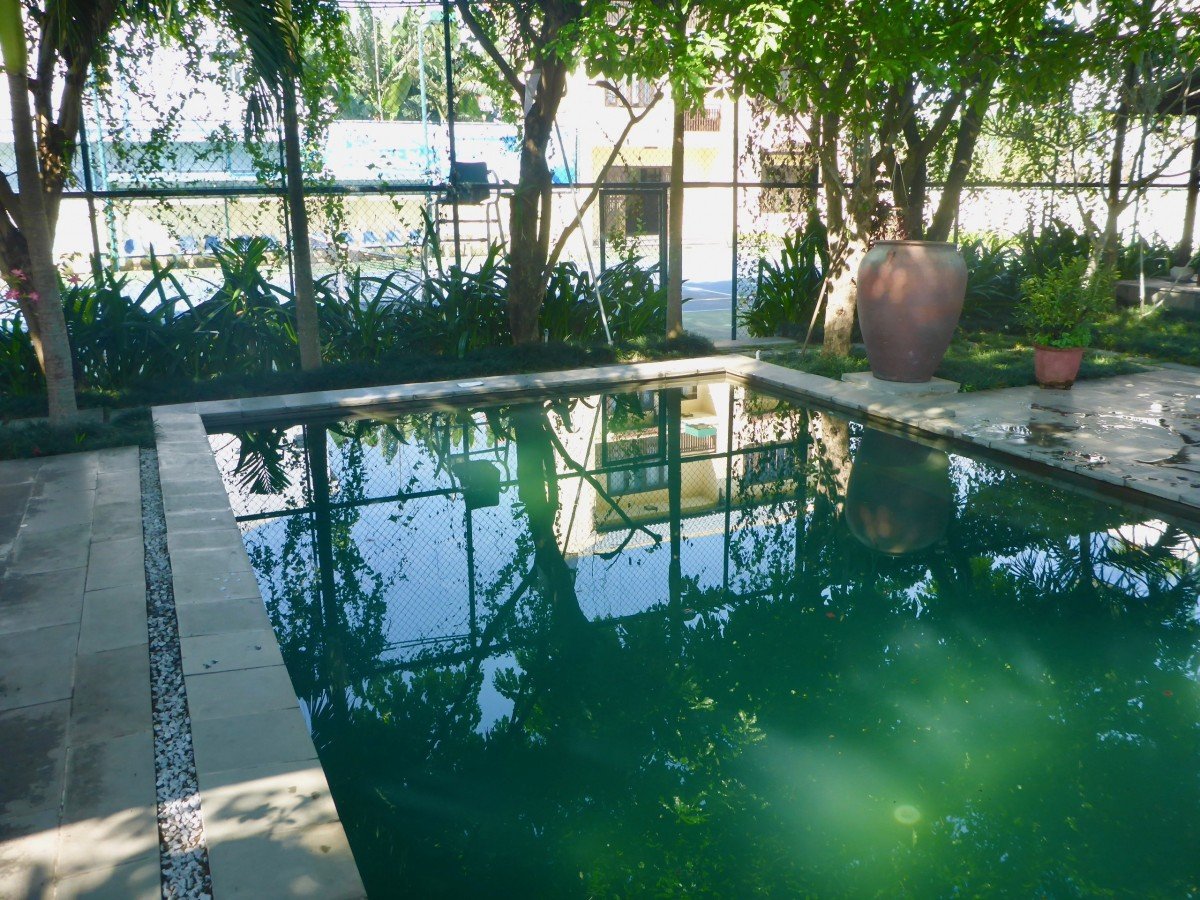 Breakfast is served on the terrace. Great surroundings to start the day.

Designated as a UNESCO World Heritage Site, Hoi An is a well preserved example of a small Vietnamese trading port. The town has been left virtually intact.  Museums, restaurants, coffee shops, and stores fill the old buildings and are very popular with visitors. 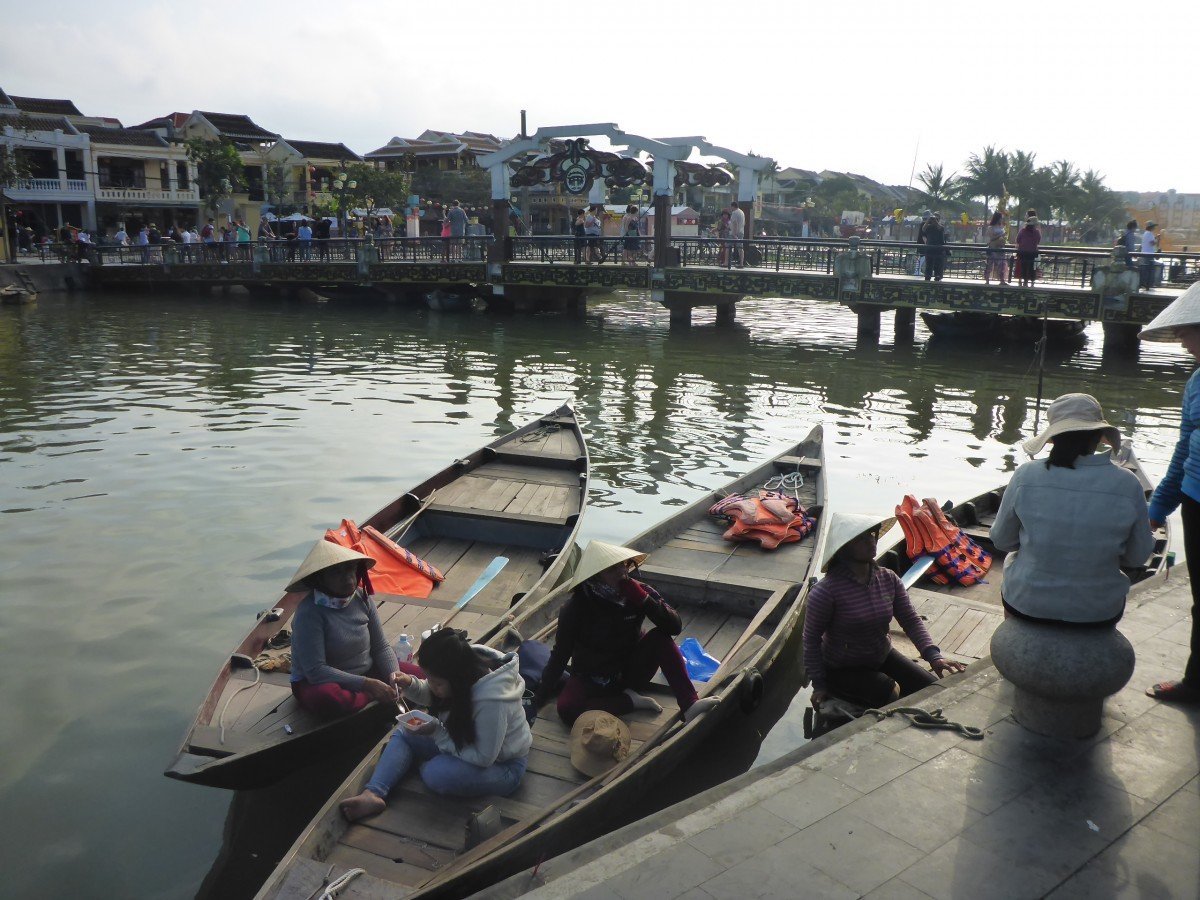 The Japanese Covered Bridge is one of the most recognizable landmarks in Hoi An’s Ancient Town. The city is know for its unique architecture and canals. 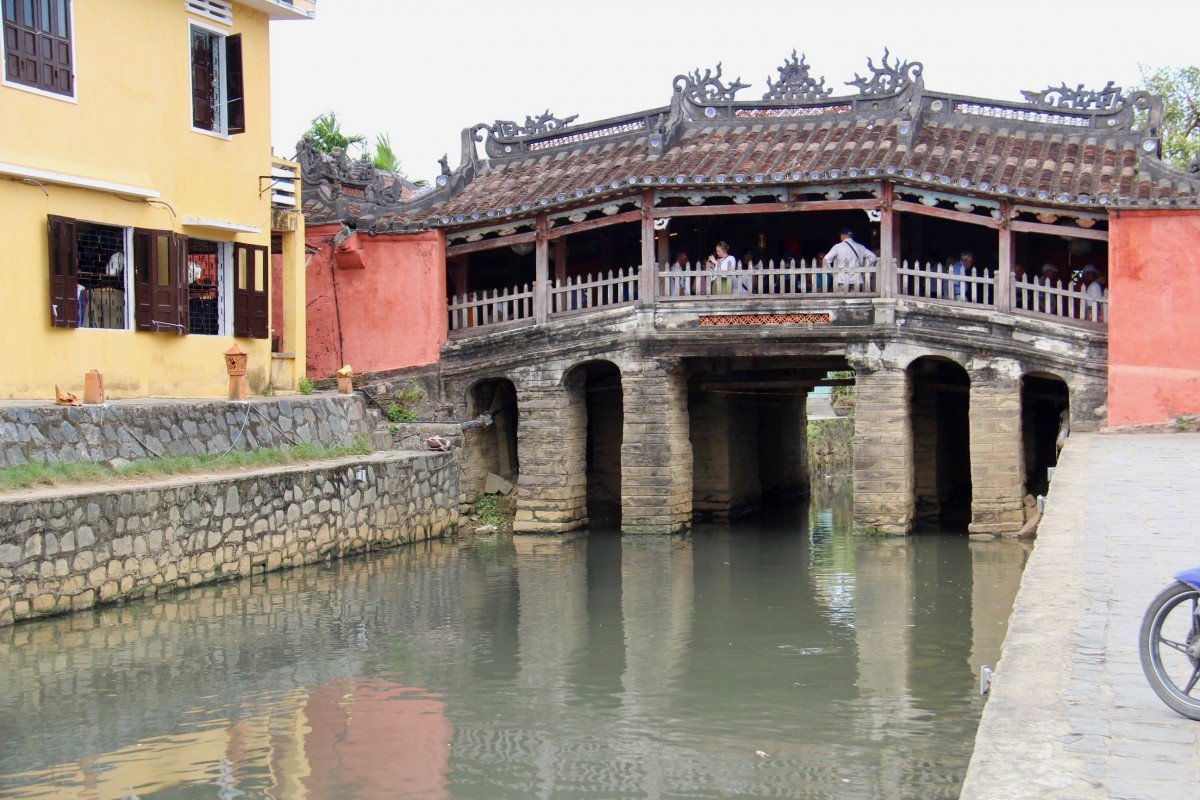 The city is filled with examples of different styles of architecture including French Colonial, Japanese Chinese dating from the 15th to the 19th century. 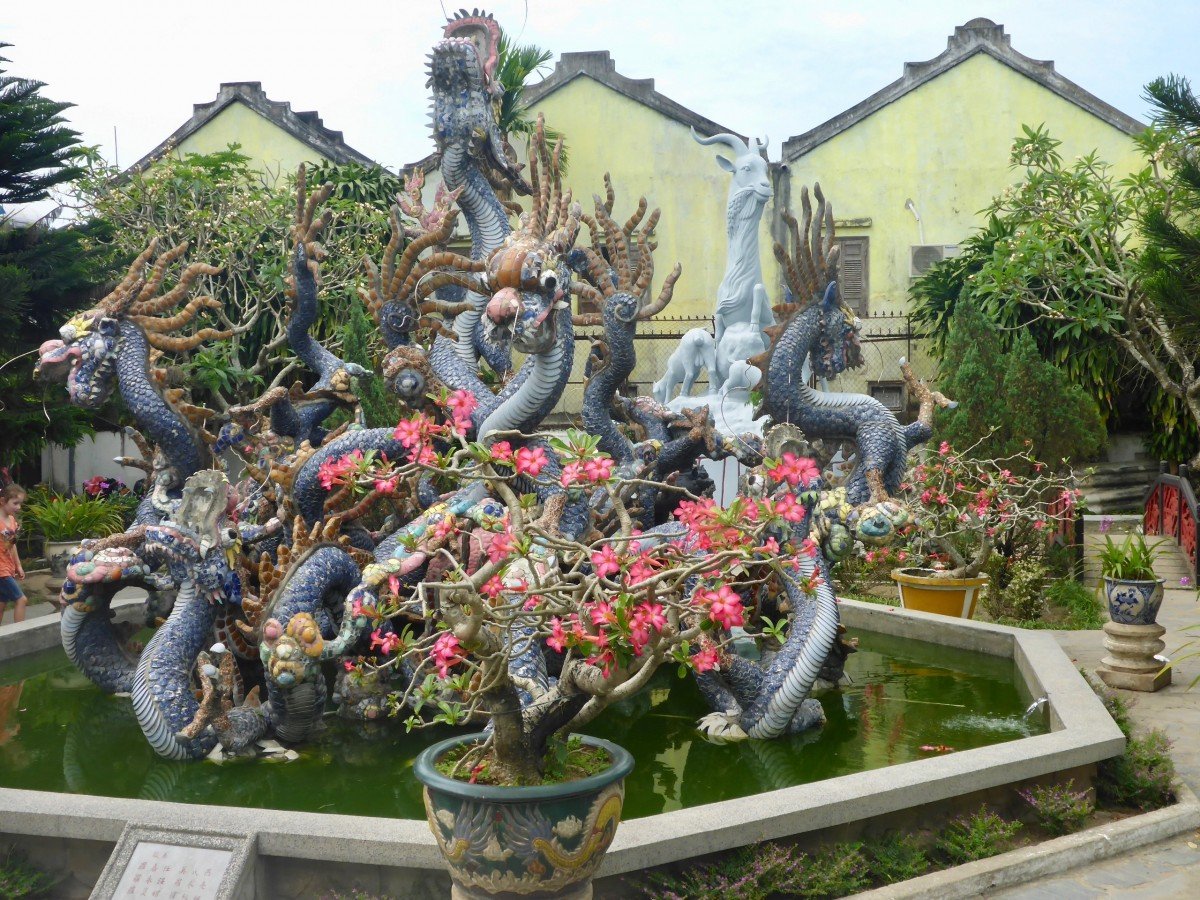 A rooftop coffee shop is a great way to enjoy the sun setting over this beautiful town. Enjoying some time spent with our friend Shi Jang of Oriental Sky Travel who set us up with a bike adventure on the Ho Chi Minh Trail in North Vietnam earlier in our trip.

Our hotel had bicycles which were free for the taking so it was great to pedal around town and also out to the beaches.

We took a formal cycling tour which showed us some of the area around Hoi An. It’s a great way to cover a lot of ground and get away from the city which can be busy.

A ferry took us and our bikes across the Song Thu river delta using local transportation, including ferries and floating bridge. We visited some of the rural areas and learned about wooden river boat building, sleeping mat weaving. 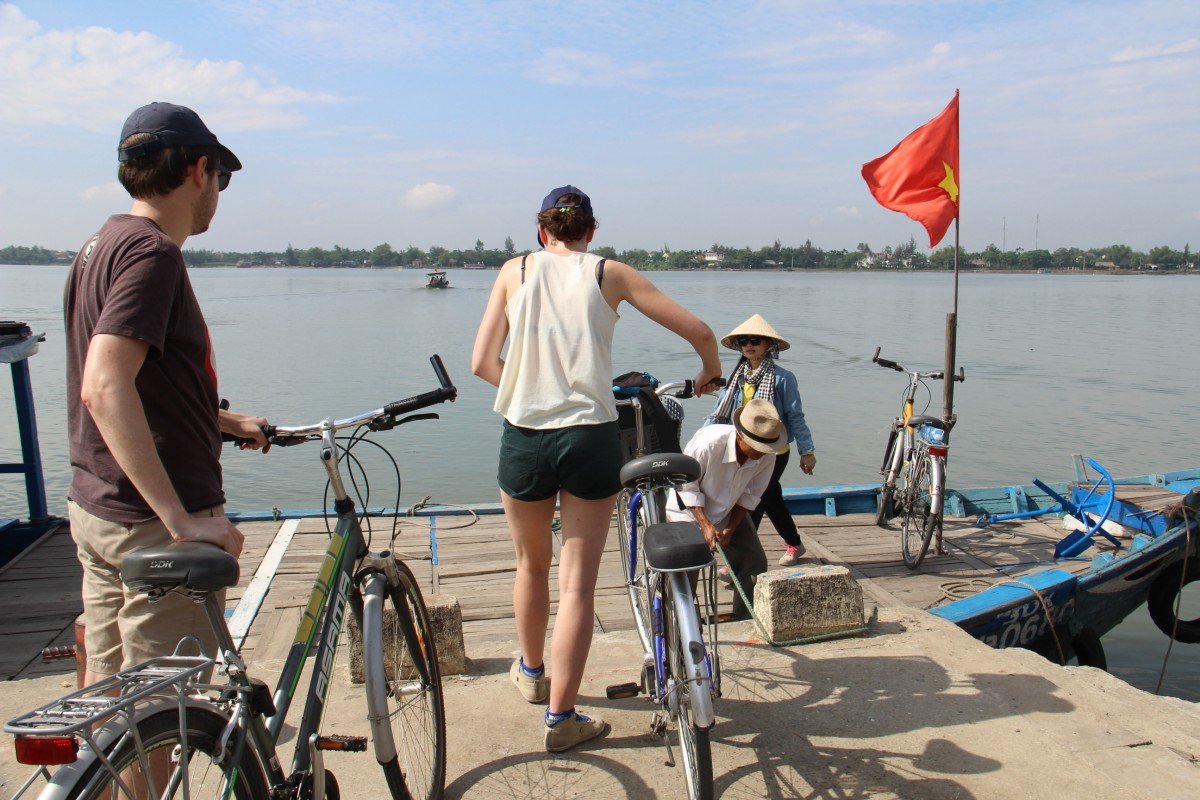 Challenge Yourself to Paddling a Vietnamese Basket Boat 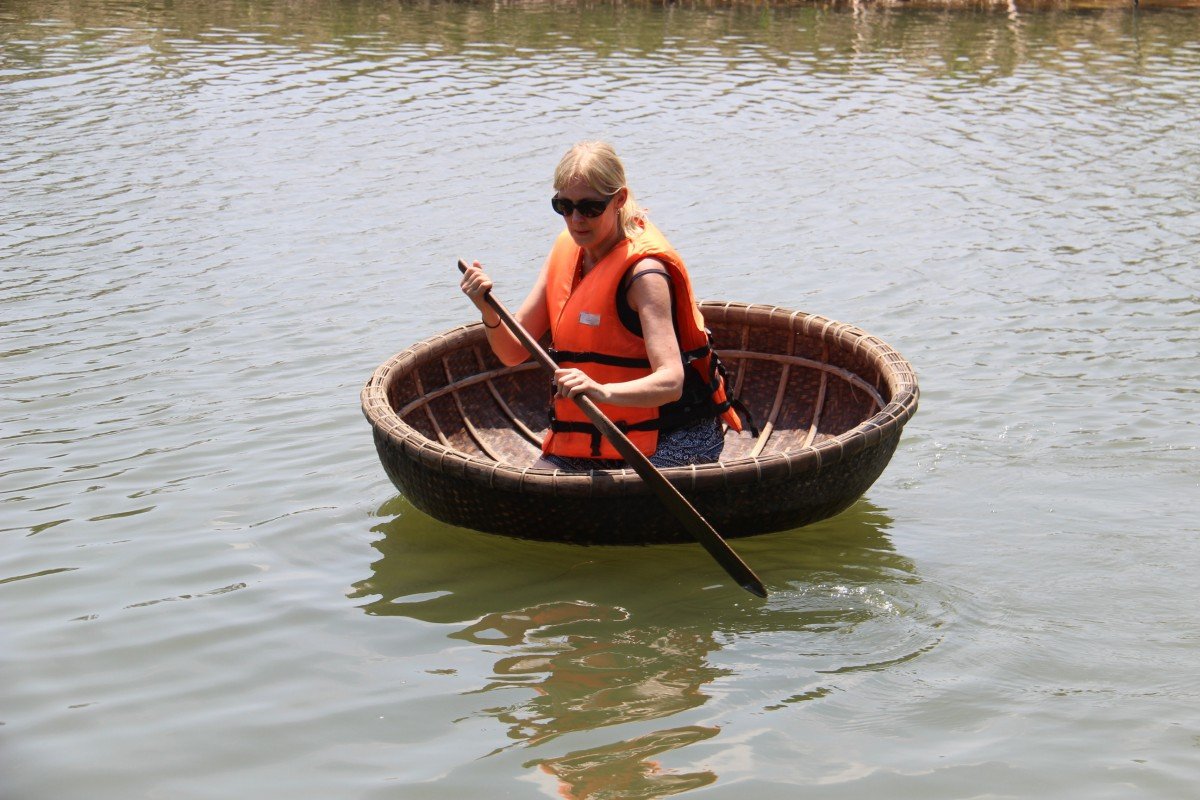 On our bike tour we tried our hand at paddling a traditional basket boat. Not as easy as you might think. We spent a lot of time spinning around before somewhat getting the hang of it.

The bond between this farmer and their water buffalo speaks of a way of life that is unique to this part of the world and is just one of the amazing things I stumbled upon when riding a bicycle through the countryside. 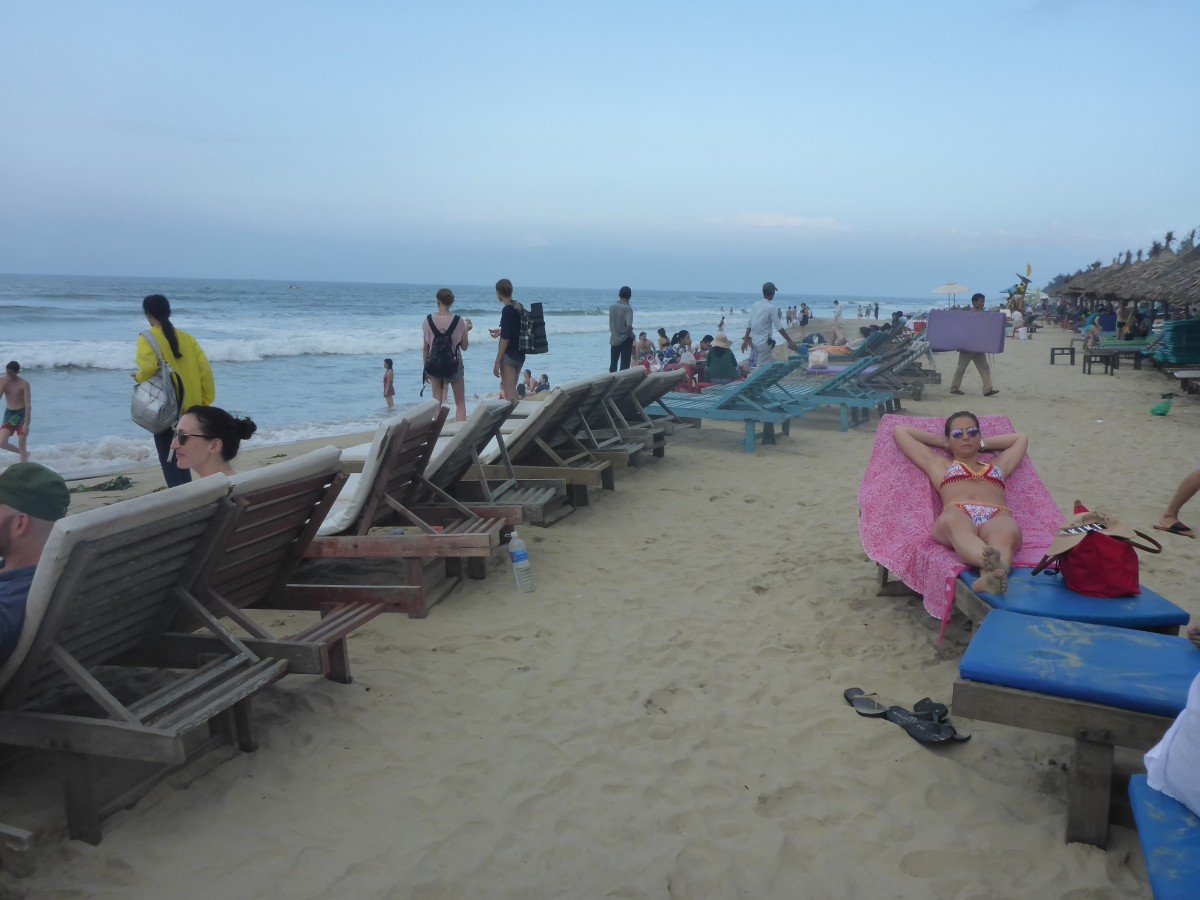 Hoi An is a must see on most people’s itinerary when visiting Vietnam. If you are hoping to mix in some tennis with your stay this is a great place to do it.

Want More Information on Hoi An Vietnam or other Tennis Destinations?