Tennis With Rooftop Views over the Lake

Air travel in Vietnam is effortless. As much as it could be. After setting your alarm for some ridiculous hour in the morning, then rushing through the awesome buffet breakfast, served at the hotel, knowing it may be your last for the next 10 hours going for the 3 egg omelette,  and forcing a couple of croissants smothered  with jam down, just in case.You still have to deal with the mystery of a taxi and do they really know that your going to the airport and not the ferry terminal.

But it works out, and in Vietnam it always does. It’s amazing. I just gave up worrying after a couple of days of getting absolutely anywhere I wanted to go, which usually included a lot more help than I was expecting. 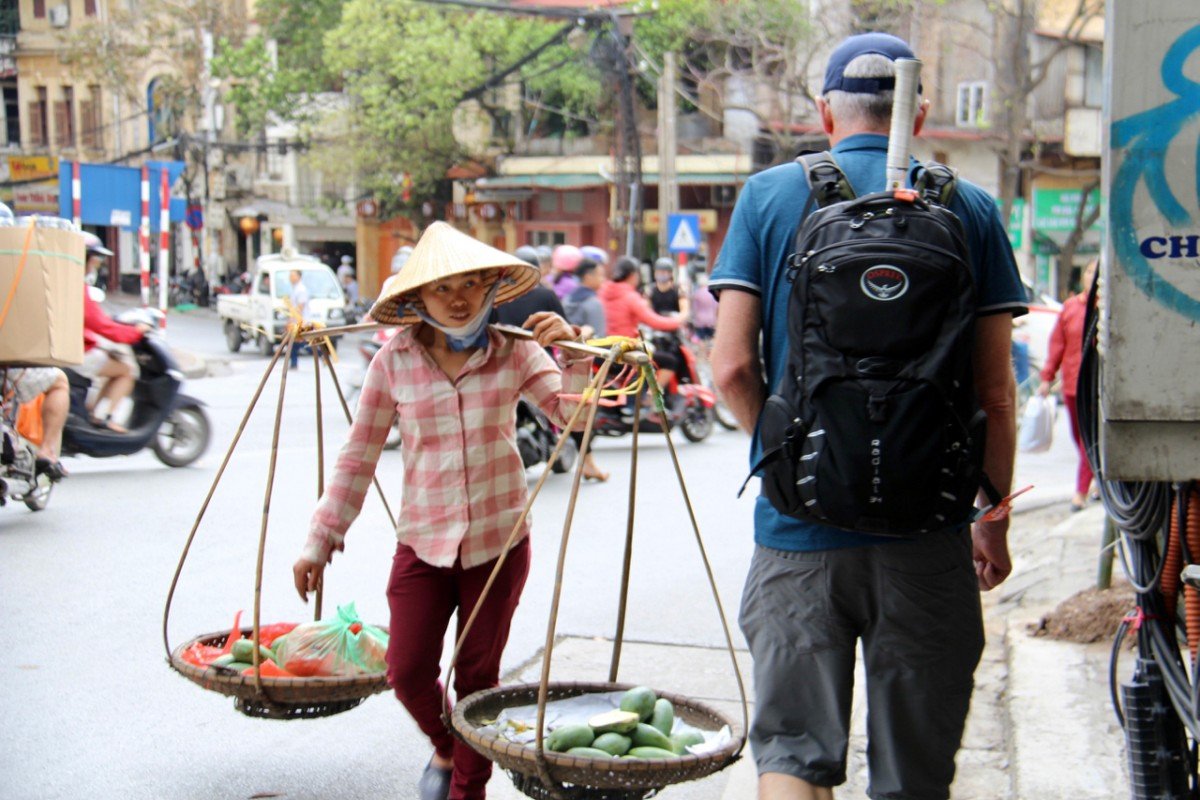 Reluctantly we had to leave the tropical paradise of the Famiana Resort on Phu Quoc Island, and continue our Vietnam adventure with a flight to Hanoi.

It’s about 1300 kilometers straight north to get to Hanoi from Phu Quoc. And each of those kilometers spun the celcius dial back a bit on the thermomter. It’s evident why Phu Quoc is so popular with the local Vietnamese crowd, as a quick escape to the tropical beaches.

Scooters! More than you could ever imagine are one of the things, define this amazing city. A frantic seemingly chaotic maze of two and four wheeled vehicles and pedestrians weaving in among the madness. And the most striking thing is the blend of the old culture and new, contrasts highlighted by scenes such as street vendors passing shiny Mercedes vans on the on the bustling roads and sidewalks.  But somehow it all works. 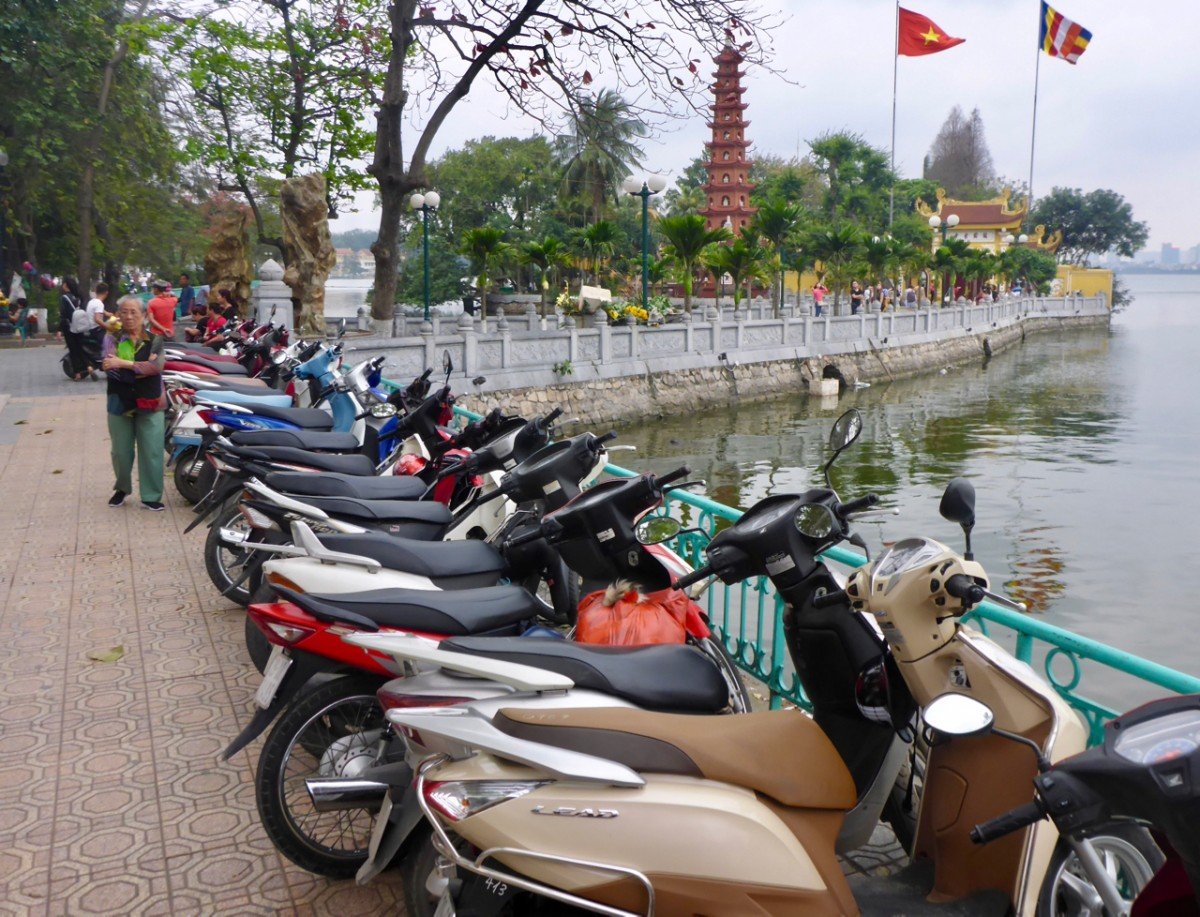 Tennis at the Hanoi Club

Rooftop tennis is a brilliant idea. And the Hanoi Club has the formula down. A nicely kept hotel in the heart of Hanoi on the shore of the lake overlooking a stunning temple. The hotel has ample recreational facilities in this urban setting including a driving range, fitness club, beautiful pool and of course tennis. 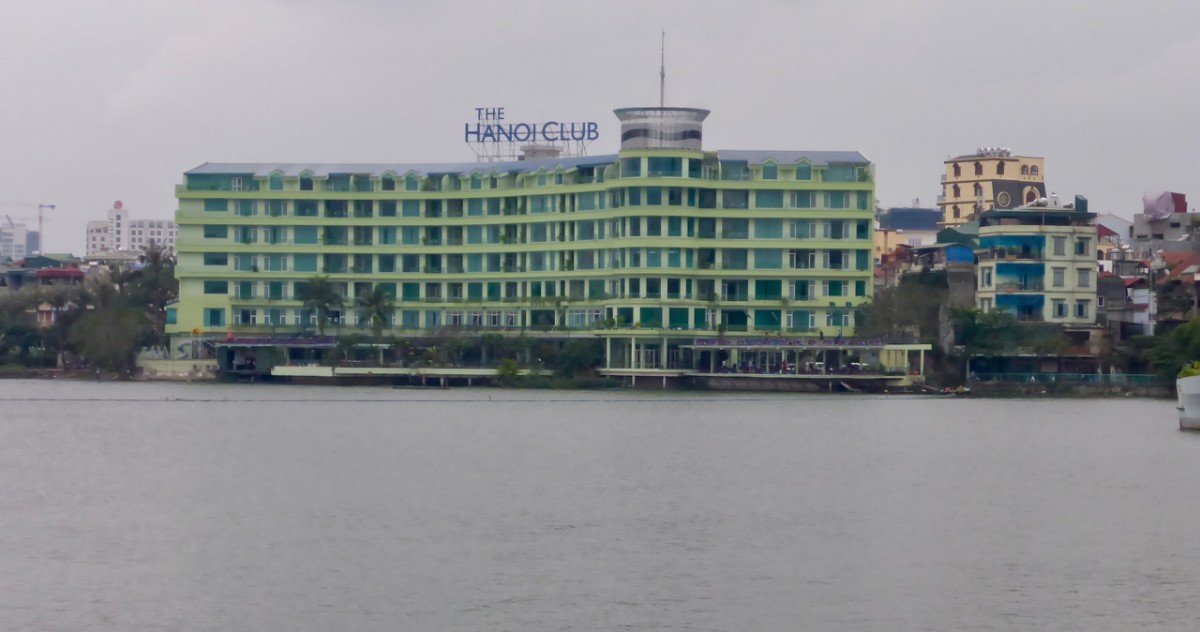 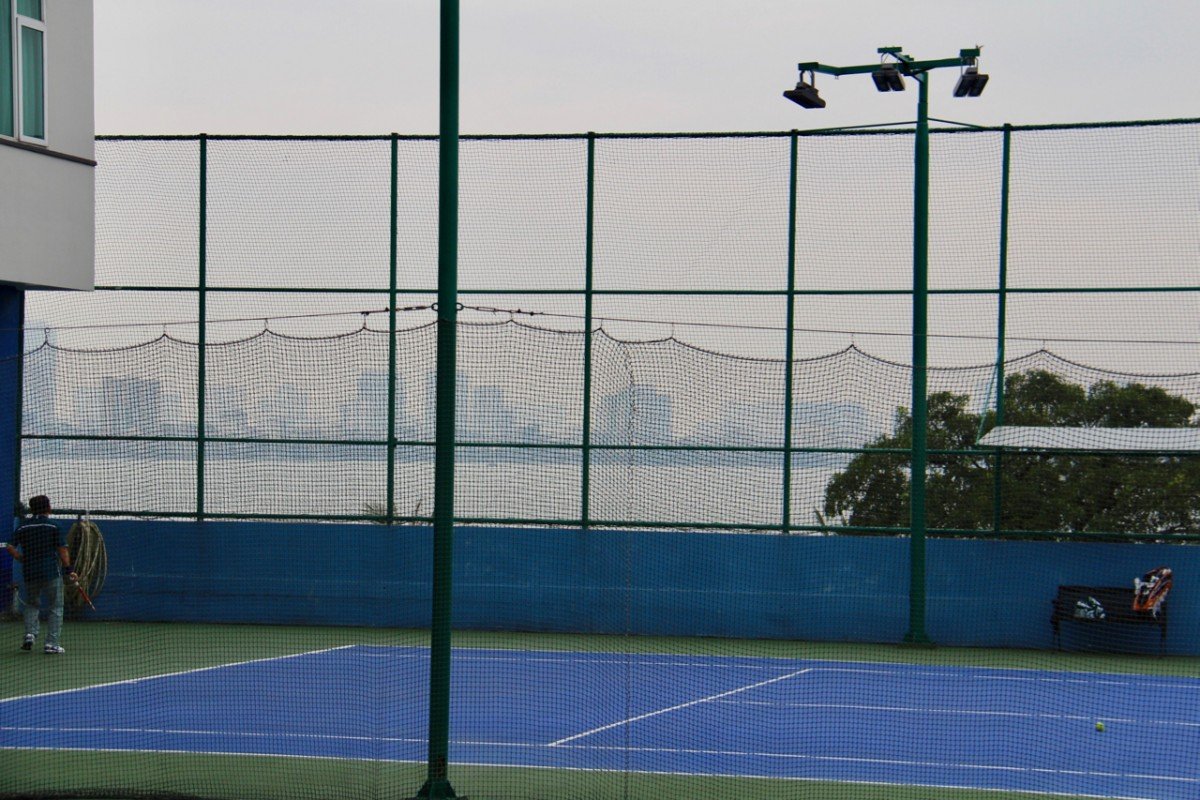 “The hustle and bustle in the streets of Hanoi as waves of scooters pass traditional bicycles and carts. Hanoi the capital city in North Vietnam is a blend of old and new.

But tennis players can rise above the noise of the city on the rooftop of the Hanoi Club Hotel on the shores of West Lake, one of the many lakes in Hanoi.

This hotel has two tennis courts on the roof and they’re also lit so you can play in the evening. I had a chance to play against a backboard and have a bit of a practice while I was there.

Enjoy a match in a nice club atmosphere. This hotel is also a recreational oasis. There’s a swimming pool and there’s also a golf driving range where you can hit balls out onto the lake.

If you’re in Hanoi, you may not have considered it, but don’t forget to pack your racquet.”

Take in some of Hanoi’s spots of breathtaking serenity, history and culture a contrast to this face paced city that is a blend of the old and new. 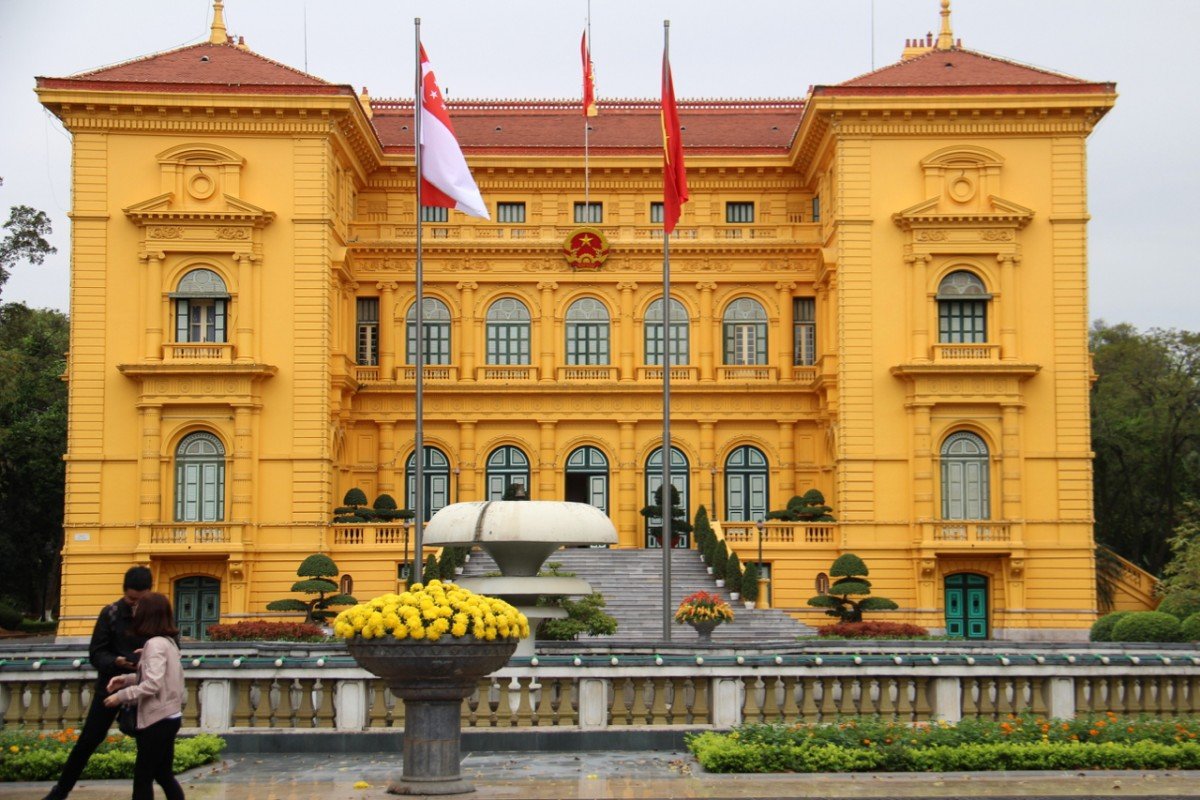 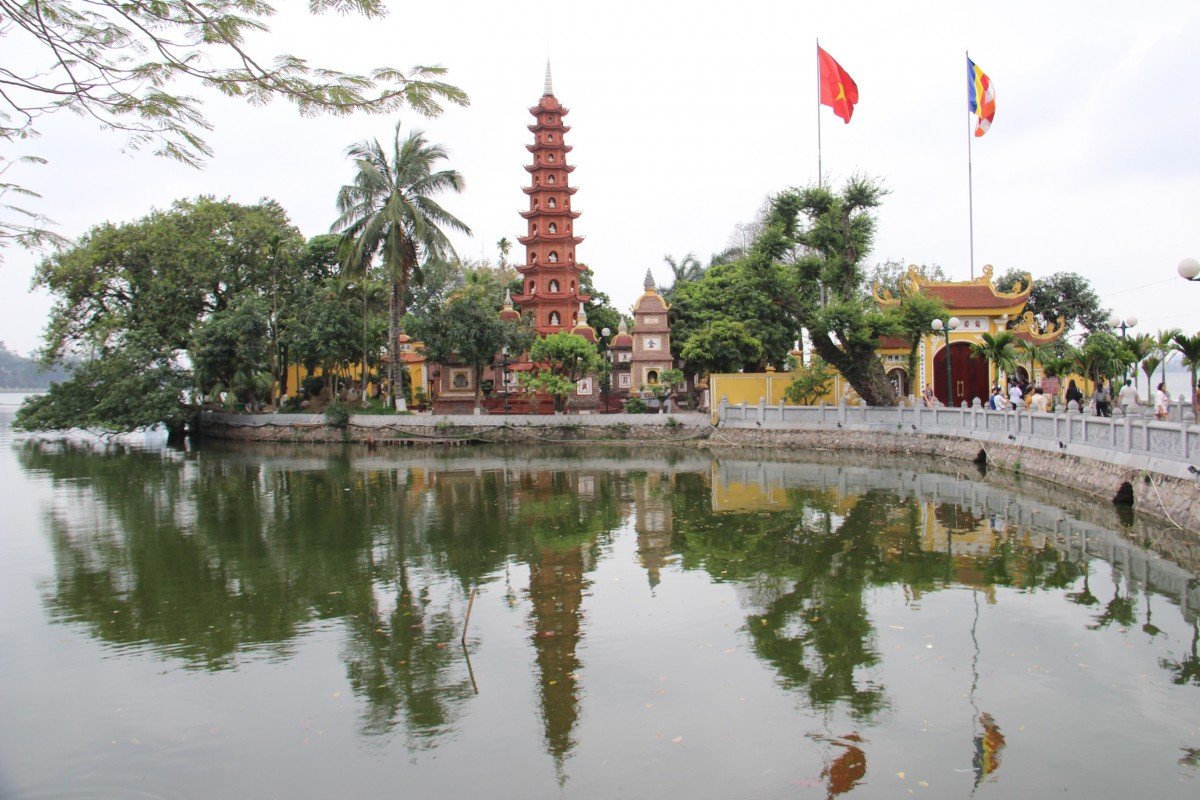 Where We Stayed-The Hanoi Club and Lake Palais Residences 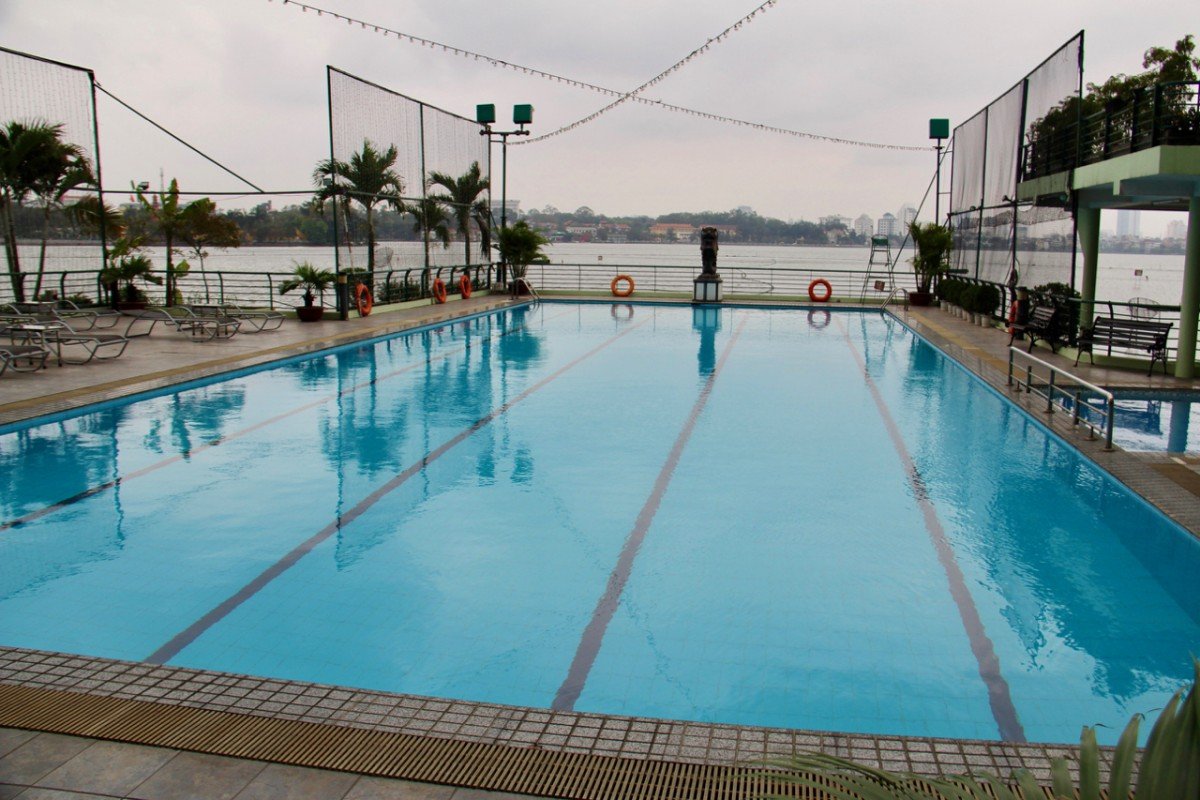 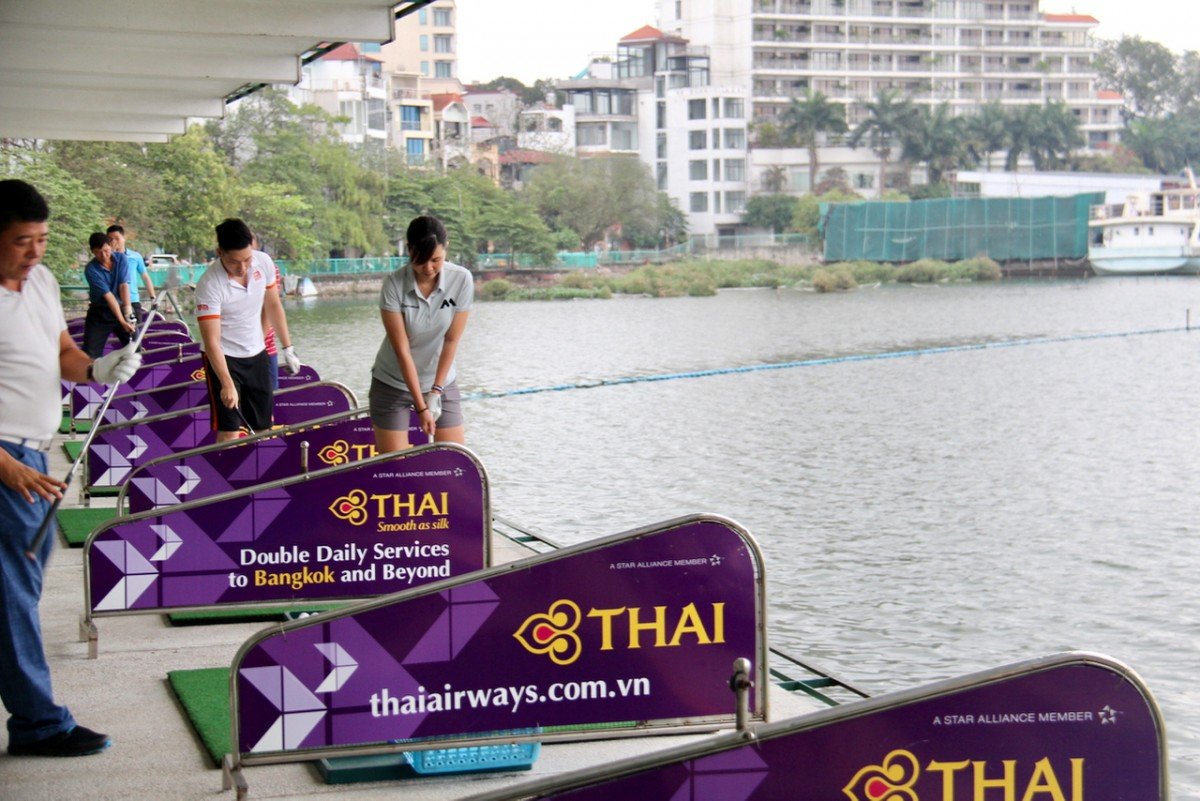 What about a driving range over the lake? This hotel is just made for active urbanites and the two level driving range is very popular. The hotel also has a fabulous lakeside swimming pool. 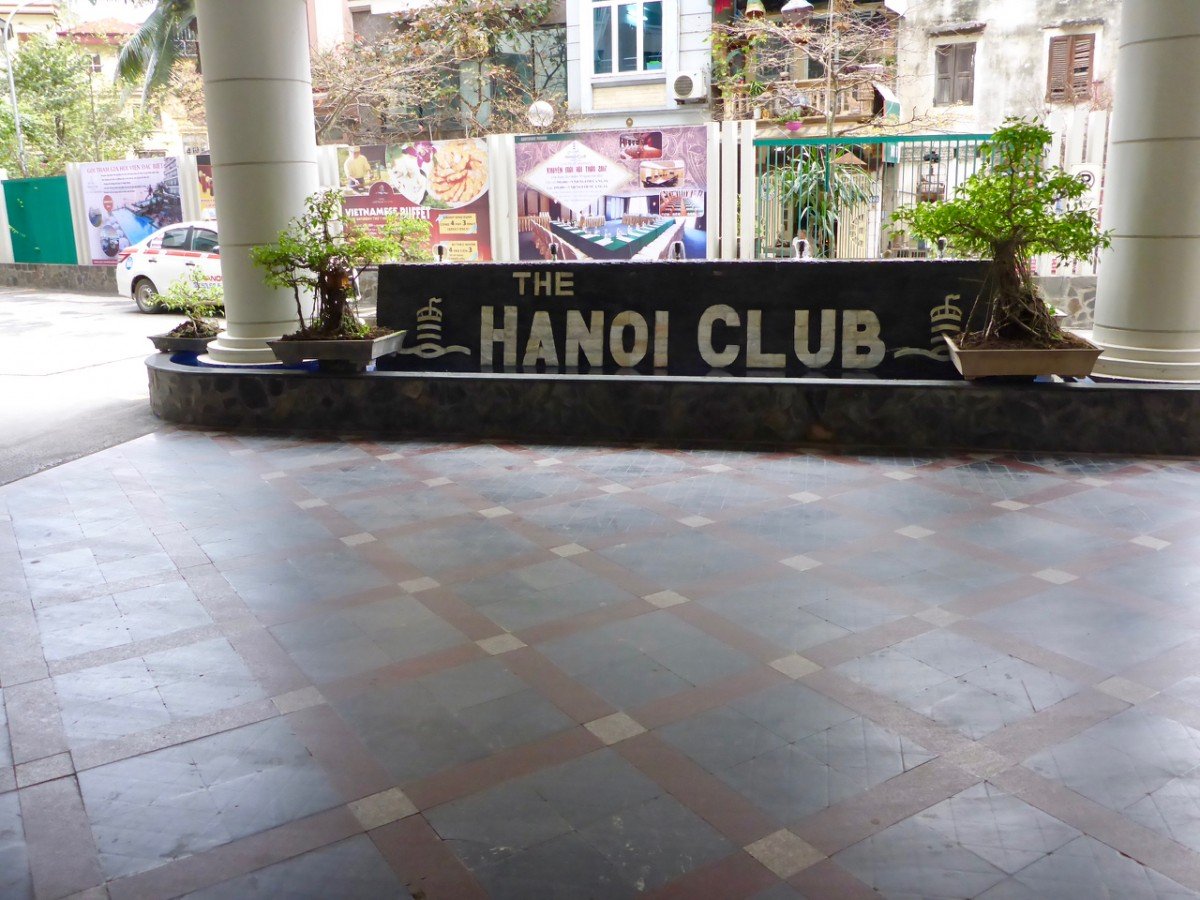