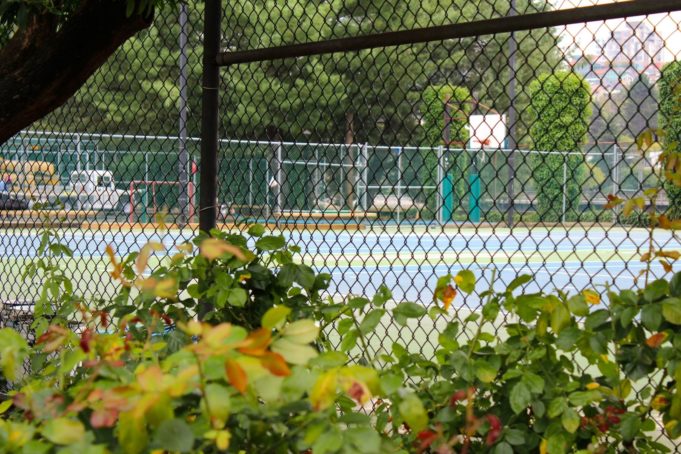 Formerly an industrial area on the shore of False Creek, Granville Island has been transformed into an urban recreation oasis.  In the middle of a bustling shopping and market place area that draws thousands of visitors everyday, the courts and the adjacent recreation center are a great place for visitors and Vancouverites to rally some balls.

Two tennis courts and one sports court are available for general use on a first come first serve basis. The courts are lit until 10:00pm. Lessons are offered at the courts and the False Creek Tennis Club also uses the courts as one of their venues for club play.

Take in the sights, sounds and even smells of this popular urban island.  Since 1980 Granville Island was converted from an industrial area to a funky market full of shops, restaurants and entertainment venues, it has never stopped being a popular spot to pass a day away.  You can take a harbor ferry from different spots around Vancouver or take public transit, walk or drive.

Where to Buy Tennis Equipment near Granville Island

On the one-of -a-kind Granville Island.  An urban waterfront paradise with funky shops restaurants, entertainment and even float houses if that’s what you prefer.

The Granville Island boutique hotel is nestled on the banks of False Creek and overlooks the waterfront and downtown.