Day 6 of 14 Days of Tennis Destinations to Love

In our tennis circle, there are many couples, including my partner and myself, who met on the tennis court. Tennis continues to be one of the places where we are happiest, and there’s nothing we like more than taking our game on the road.  In our 14 Tennis Destinations to Love for Valentines series, we’ll highlight places that we would consider perfect for a romantic tennis getaway.  On Day 6, we explore the Andalusian coastal community of Sotogrande.  Here you will find a charming Bed and Breakfast El Diplomatico Feo owned and operated by former Canadian Diplomats, who just happened to be tennis players and fans, themselves.

Three clay, three hard court and five padel courts are available for drop in use at the El Octogono Tennis Club in Sotogrande.  There is an active drop-in social program.  Ian McDougall, the manager is a former World Padel Champion for England who organizes programs and runs a lively club house.

STA offers full-time tennis training programmes combined with education to players aged 12 and above. They also offer tennis camps and tennis holidays for adults and children all year round.

A beautiful community with one of Spains most notable marinas. Crashing waves and beachside eateries. It’s a great place to hang out after playing tennis at Octogono.

Sotogrande is the largest privately owned residential development in Andalusia. Originally a gated community, it is located in the municipality of San Roque, Cádiz, Spain, southern Europe and is composed of a 20 square kilometres (8 sq mi) stretch from the Mediterranean Sea 25 km east of Gibraltar, back into the foothills of Sierra Almenara, providing contrasting views of sea, hills, cork forests and green fairways, including the Rock of Gibraltar and Morocco. (information from Wikipedia)

El Diplomatico Feo B&B is a lifelong dream realized for a couple who are recently retired Canadian diplomats.   Each of  their spacious and comfortable suites have been decorated  in a theme that reflects their postings, Sri Lanka, Phillipines, Thailand, with treasures gathered throughout their travels.  Bruce and Ingrid are amazing hosts, serving a breakfast that is beyond belief.  The bonus, the couple plays tennis twice a week at mixer at the Octogono Club in nearby Sotogrande, and they’d be happy if you dropped in with them. 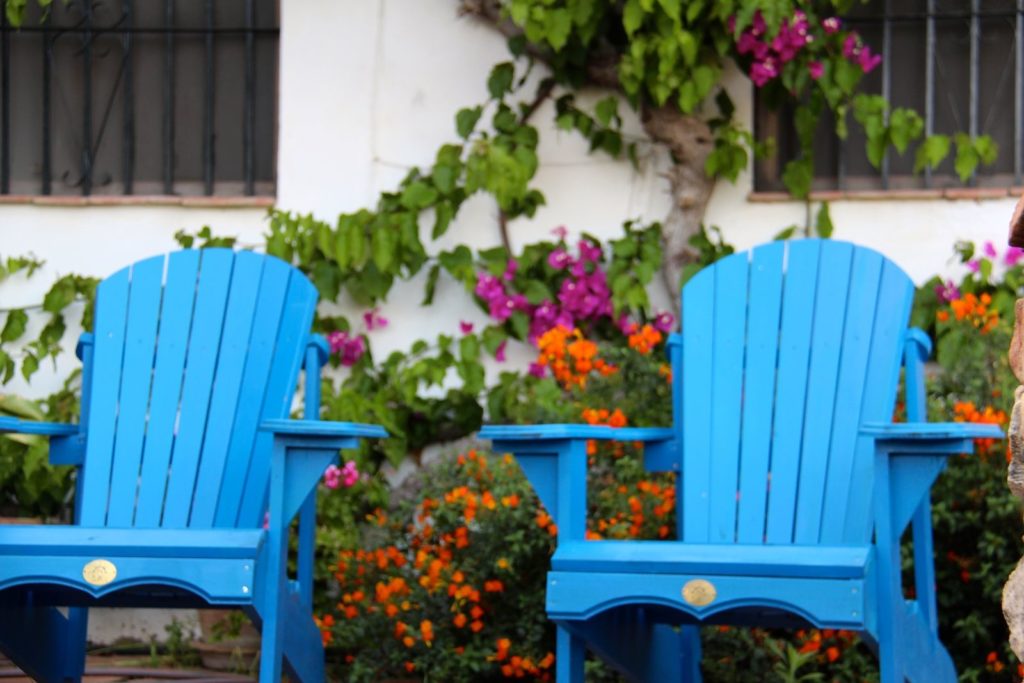 Their spectacular B&B in Andalucia’s sun-drenched southwest backs onto a natural park with the largest concentration of cork trees in the world. It is a gateway to Seville, Gibraltar, Jerez, Ronda and the Costa del Sol.