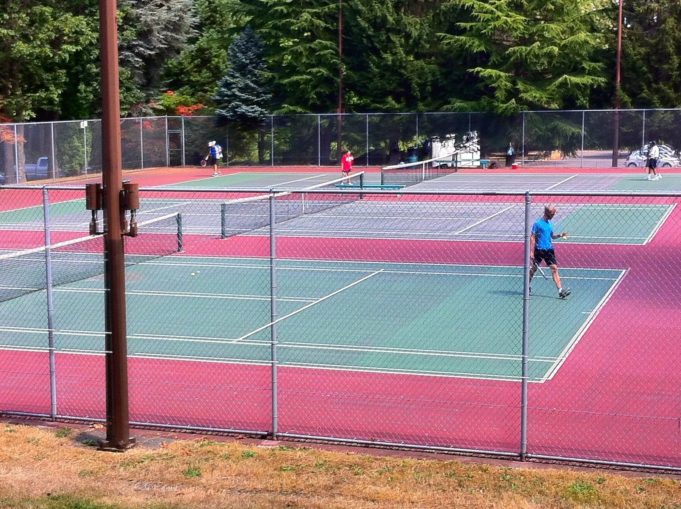 Nanaimo, Vancouver Island, British Columbia-Bowen Park Tennis Courts. Set in a stunning 36 hectare park, Bowen Park tennis courts are a popular place to play in Nanaimo.  There are six public courts.  Three are open after dark and lights can be turned on with a token operated timer. Tokens can be purchased at the Bowen or Beban park offices, or the Nanaimo Aquatic Center.

Acres and acres of mostly undeveloped parkland lay just below the tennis courts at Bowen Park.  There are trails that you can explore along the Millstone River.  Some of the highlights are a waterfall, a fish ladder, a rhododendron grove with 350 species and a duck pond.  For those who want to try more activities, there is disc golf, lawn bowling, sand volleyball, playgrounds and more.

The park was a gift to the city of Nanaimo by the Western Fuel Company of San Francisco in 1918, with a stipulation that it be used as a park only.

The park was recognized as a candidate for the best public space in Canada by the Canadian Institute of Planners in 2012. 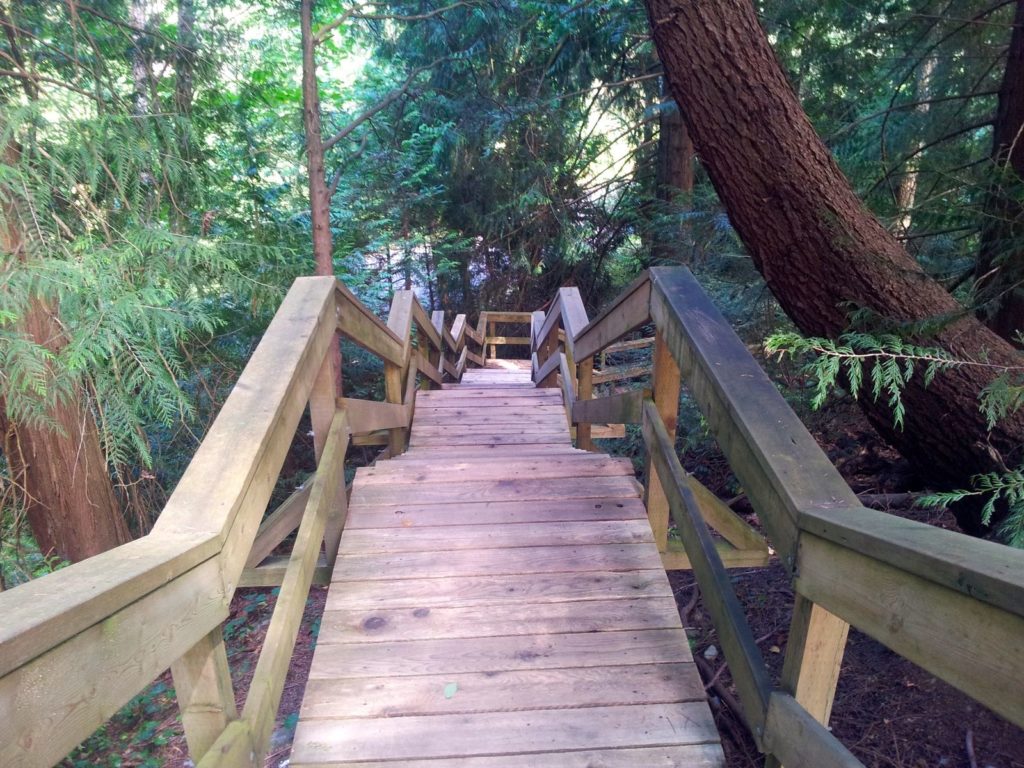 Where to Buy Tennis Equipment in Nanaimo

The hotel is located right in the center of Nanaimo.  It is close to the ferry terminal and walking distance to the seawall and walkway.  If you have a room with an ocean view, you can look out over the harbor and watch the boats go by.

The hotel has many amenities such as a spa, salon and restaurant, and a yacht broker if you’re in the market!

A historic Canadian mountain town with a tennis legacy