It features 11 practice courts and one center court which were open 7am to 9pm. 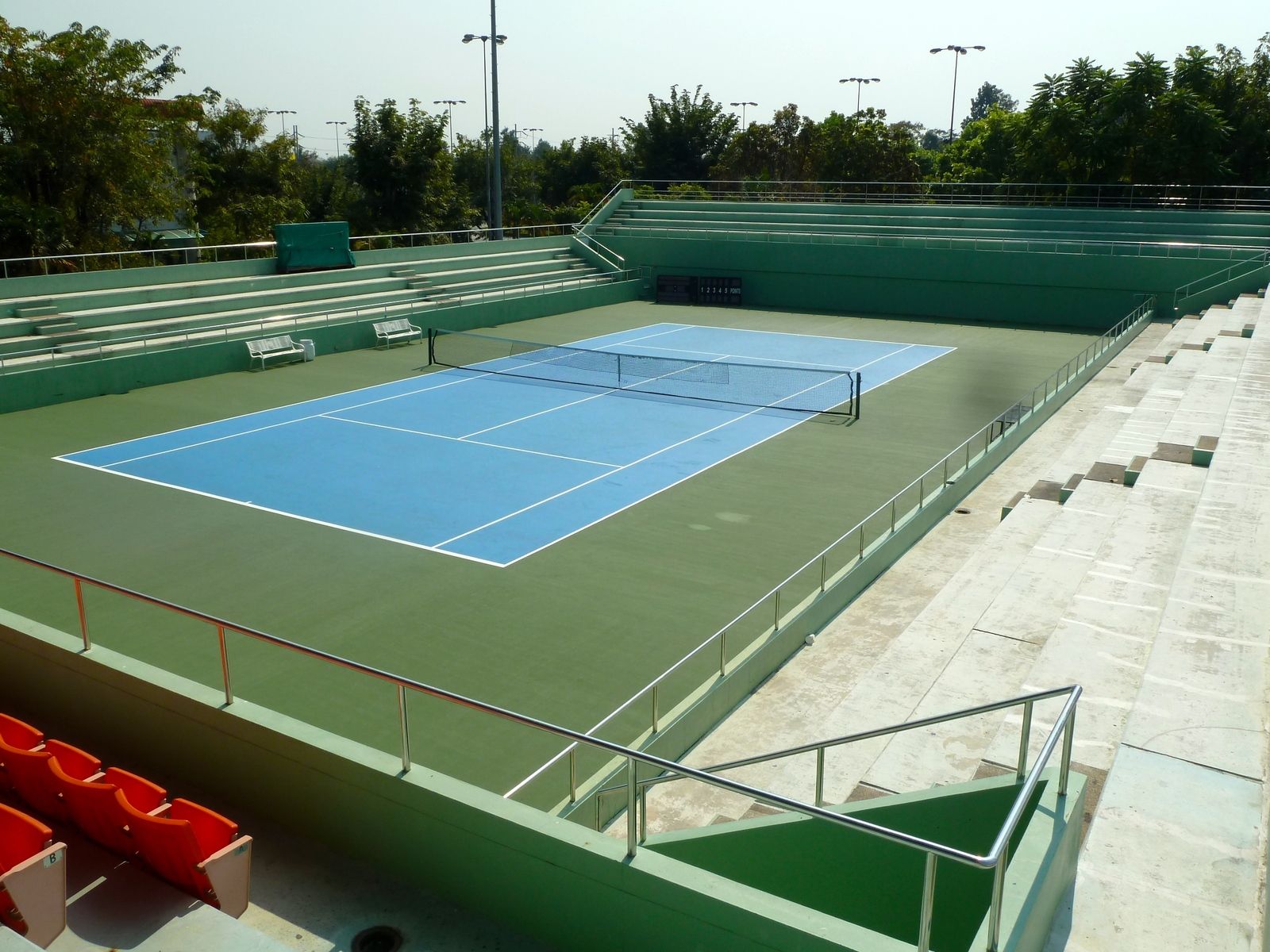 Playing at night on lit courts when it’s cooler

Sometimes a good idea to play in the evenings because the days can be very warm in Thailand, even in the north.
There is a pro-shop there that is stocked with virtually everything you would need to play the game.

How to Get to 700 Year Stadium

You can find the courts by going down Chotana road to the new city hall.  Turn left and keep going until you cross Canal Road.  Once you’re in the sports complex, follow the signs and arrows.

What to do after playing tennis at 700 Year Stadium

After playing tennis we took our rented motorcycle and rode up the mountain to Doi Suthep budhist wat (temple). 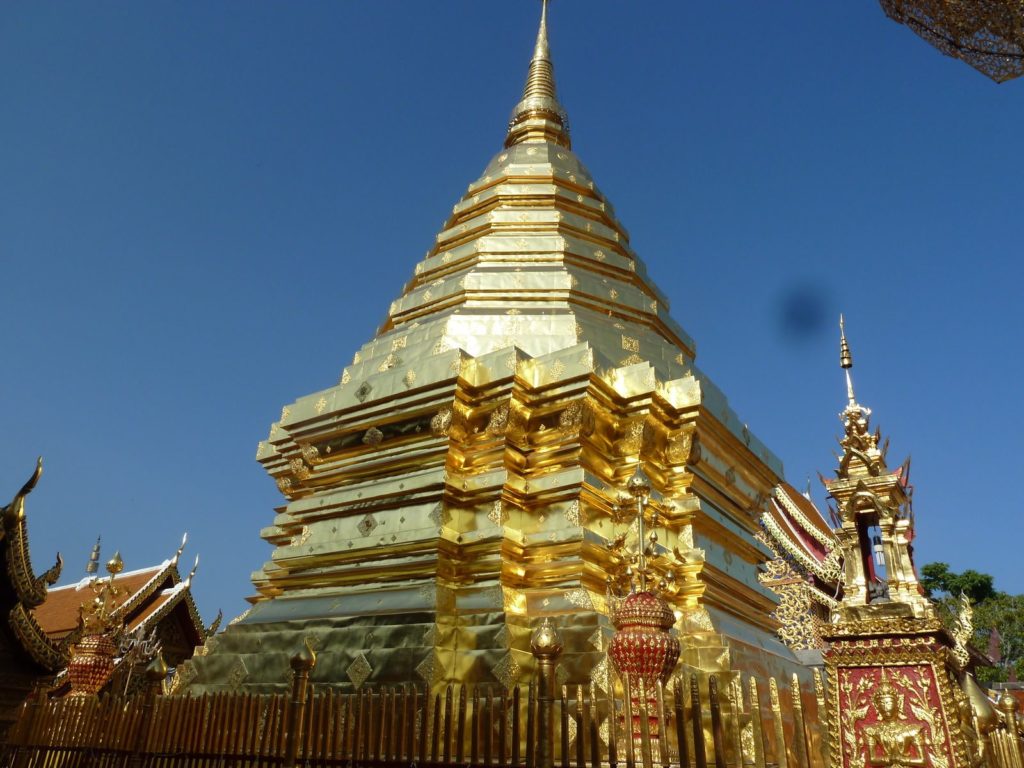 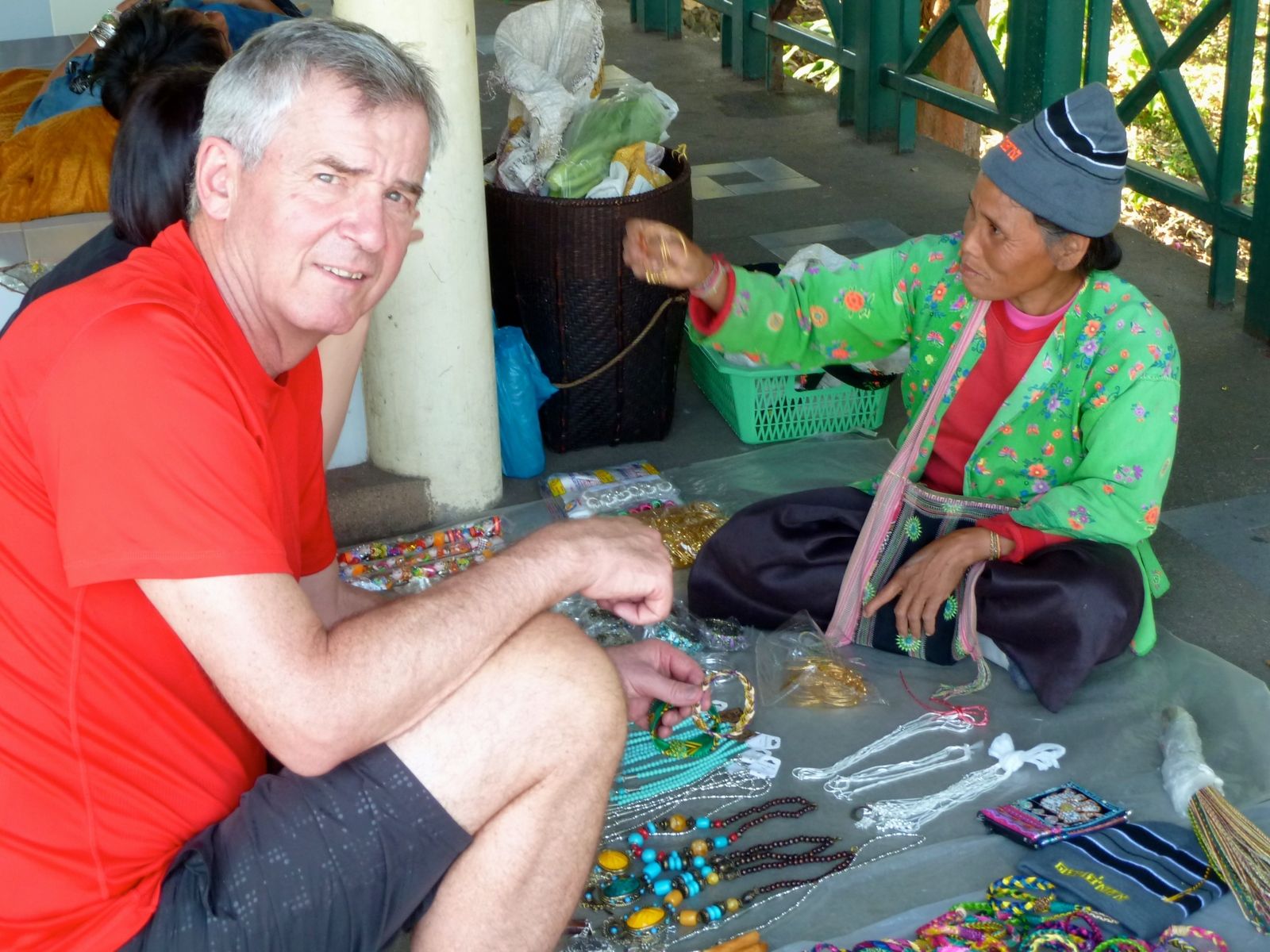 Crafts are sold at some spots on the way up. 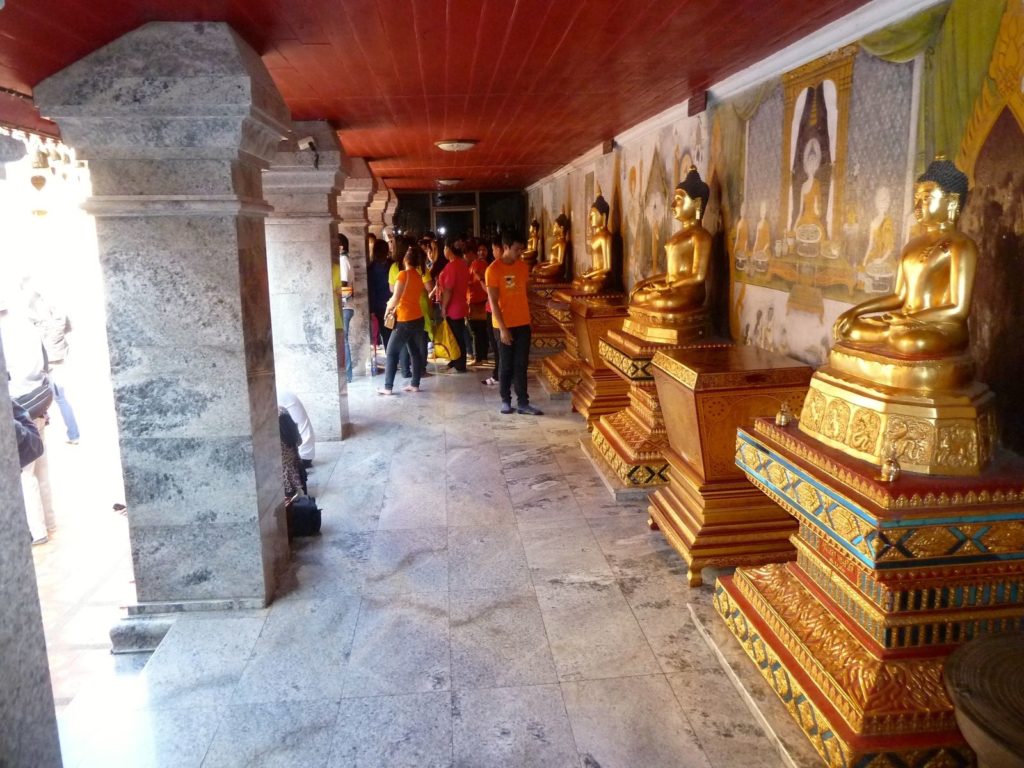 The Doi Hutep wat was magnificent

Be prepared for lots of tourists at this well-known temple though. 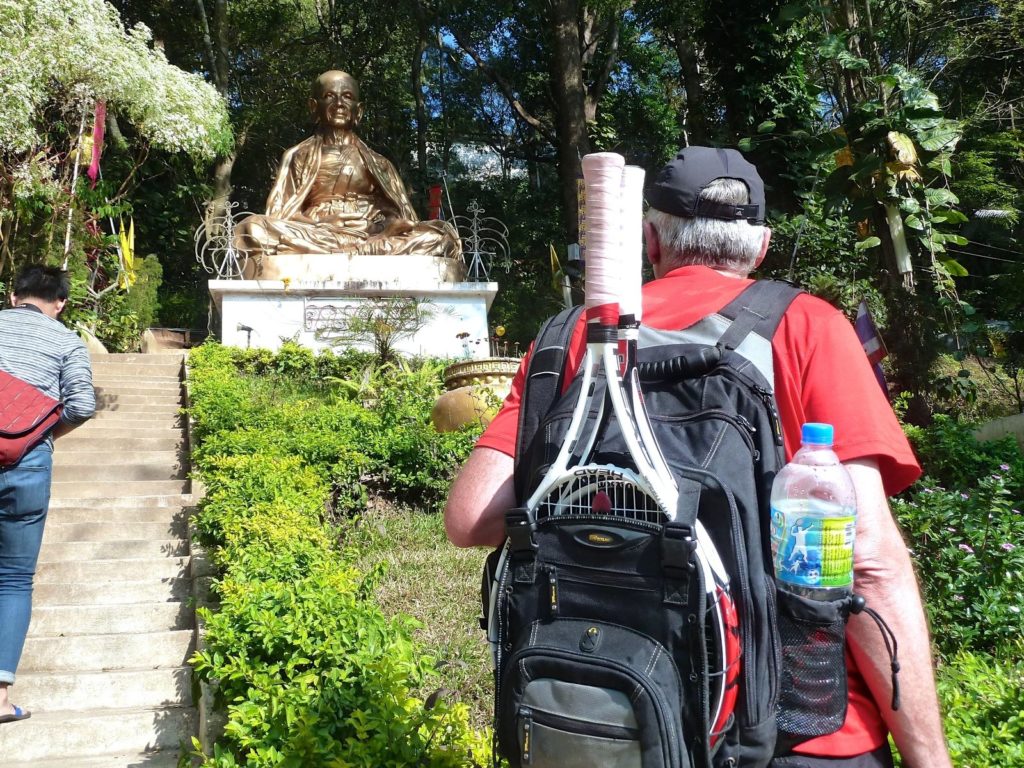 Where We Stayed near 700 Year Stadium in Chiang Mai 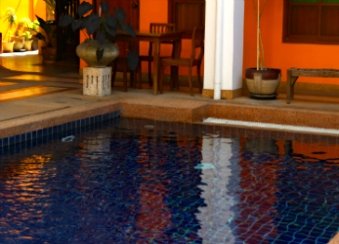 We arrived there at night.  We clambered out of the songthaew(open air shared taxi) after a twelve hour train ride from Bangkok, and there it was, the Chiang Mai Boutique House, an eclectic statement of a hotel that gently represents many of the elements of this northern city, and is a backstreet refuge in this city of bars, stunning Buddhist Wats(temples), markets and Thai massage parlors.

The rooms are wrapped around a courtyard, pool and breakfast lounge area where you can watch the interesting world of Chaing Mai pass by your eyes while surround by northern Thai design.

The hotel does not have a tennis court but we rented a scooter and drove to nearby courts.

Want More Information about this or other Tennis Destinations?